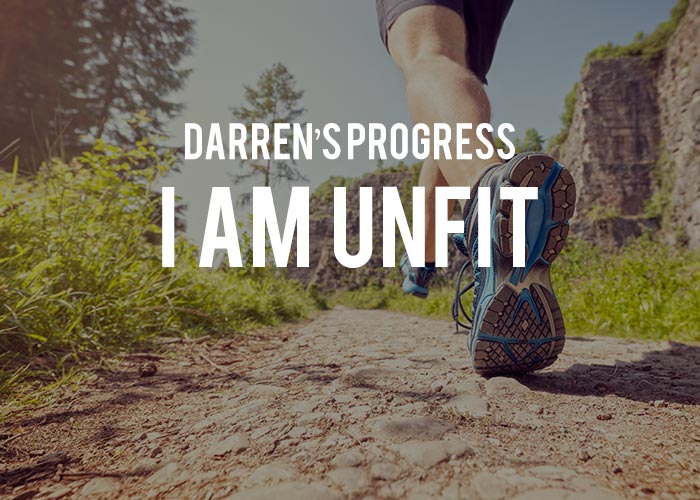 They say confession is good for the soul, so here goes. I am unfit, and I’ve been this way since I could remember my body. I was always big – a product of ‘feeder’ grandparents who always offered me food, and a lack of interest in physical activity when I was younger. In school, my P.E. classes were something to avoid, not embrace. The only sport I ever enjoyed was badminton, but that was only ever played in two lessons per year. The rest of the time, sports education was playing rugby in sub-10-degree climate and biting wind, thank you Wales. So I would try everything to avoid P.E., and as I grew older this became the norm – exercise is what other people did, not me. The idea of running 5 miles was laughable when this chubby kid couldn’t make it to the end of his road without collapsing.

Now I’m 29, and the excuses of my past sound as hollow to me as they do to you. I can – and do – blame parents and grandparents for not taking the proper care of my health and well-being when I was younger. It’s not hard to justify that statement when they are all as unfit or worse than I was. But now, what’s my excuse? When I look in the mirror and see flab, or take a photo and see more chin that I’d like, what’s my excuse?

I’m busy. That’s it, I don’t have time to exercise. And this is true, to a degree, I am usually quite busy. I help run the National Running Show, and I also have my own separate digital marketing company, both of which take up a lot of time. Except many people who exercise are equally as busy, and many are more so, it’s not really an excuse, is it?

I can’t do early morning runs, I’ve tried. True, I have tried this and only about 10% of the morning runs I have tried are “successful”, i.e. I run a decent distance without giving up. Some mornings I have given up by the end of the road and decide to walk the rest of the way. These mornings seem wasted, or rather not properly seized.

I can’t run on a full stomach, evenings are out. I’m sure most runners feel the same about full stomachs – to be avoided when flailing ones-self in an organised manner. But evenings aren’t entirely made up of full-stomach-time, for example there is after work and before dinner, and much later after dinner.

Running is hard. Oh come on, you’re making these up now. Of course it’s hard when you’re the size you are. That’s the point.

So this is me, dear reader, and all my excuses (or not) laid bare for judgement. I think some of these would ring true for others who have been in this situation before.

I have tried to take up running several times in my life, and I have failed each time. My last attempt was my most successful – with my best run being 2.4 miles near-continuously on a sunny Saturday morning with 3 other runners (my wife included). I ran/walked for another 2 miles after that, and was generally very pleased with my performance. Then I stopped running.

It was my birthday two days ago, and my wife bought me a new pair of running shoes, the kind that real runners should wear, all colourful and made by a company I’d never heard of before. I think she’s giving me a hint.

My wife is a great source of inspiration for me, especially when it comes to running. She took up the activity last time I started (we started together) and she’s kept going long after I started making excuses again. Now I’m proud to say she can run miles without stopping or dying, which is a feat I can only dream of right now. In fact she’s out running while I type this.

So why can’t I do this too? Yes I’m much bigger, my journey will be longer and harder than hers, but I feel like the starting gun was fired years ago and I never heard it before now. I also catch myself in the mirror occasionally – despite only running very occasionally, I have been more active and eating better, so I am actually losing weight, I can tell. I used to dislike most photos of me, now sometimes new photos make me smile. I’ve already started this journey, just very slowly and without organisation.

Time to man the hell up.

So this is my pledge – I am going to run. I’m going to throw the excuses out of mind and try to get up early even if it kills me, and I will run. And it’ll hurt, and I’ll want to stop, and give up, and remember that I made this pledge publicly and wonder if I can get away with breaking it, no one is reading my blog, right? But I will still do it. And I’m going to set myself reasonable targets – and I’ll hit them, whether on the first attempt or not.

Then, maybe, I can forget all the excuses I ever made and make the kind of lifestyle change I want to make.

My next blog will focus on what my targets are going to be… as soon as I work them out.