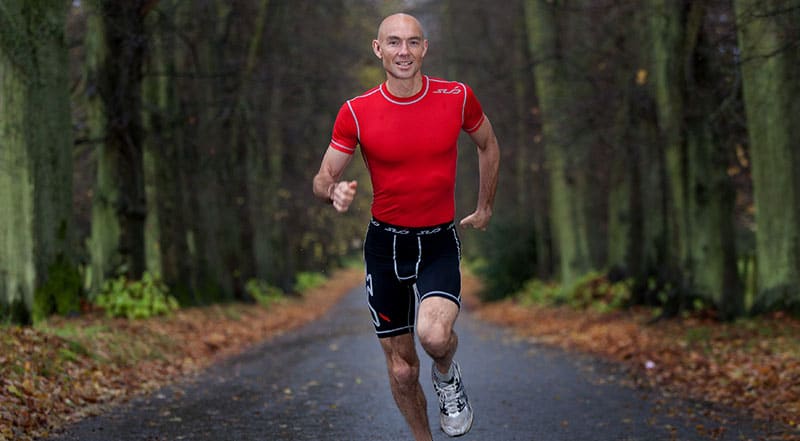 The National Running Show are delighted to announce a series of new partnerships for our inaugural Show in January 2018, as well as a new Speaker!

Firstly, we’re thrilled to announce that the “The Godfather of Marathon Running” Steve Edwards will be attending the show and giving a talk! After running his first marathon at the age of 18 in 1981, Steve has gone on to run over 750 official marathon races in an average finish time of 3hrs 16min which makes him one of the most successful multi marathon runners in the world today. Known by many in the UK running community as “The Godfather of Marathon Running”, Steve has set many world landmark records including running 500, 600 and 700 marathons in the fastest average finish time. His biography ‘The Man Inside The Machine’ is now available with 10% of all proceeds being donated to his favourite local charity in Gloucestershire, Kates Home Nursing.

We’re also delighted to welcome White Star Running as our latest event Partner. White Star Running aims to organise fun, sociable and value for money running events, for runners of all abilities. They believe in races that are fun, some hilly some not so, marshals that are friendly, views that are awesome and cider that is cold. They run in the fine counties of Wiltshire and Dorset, and have multi award winning races like the Giants Head Marathon Dorset Invader Half and the new Dorchester Marathon and Casterbridge half marathons, a road race running through Dorset’s County town, and some of the most picturesque villages anywhere.

EventClips are the manufacturers of a handy safety pin replacement, also called EventClips. These innovative clips utilise Snap-Lock Pinless Fasteners to ensure a tight grip on your bib, holding it in place while you run. Guaranteed not to rub or come off accidentally, the EventClips are seeing a surge in popularity after having been worn by runners such as Dame Kelly Holmes. They were also Winner of the British Running Awards Best Accessory 2015 & 2016 and are made in the UK from recycled plastic.

Finally, our last exhibitor confirmed this week is Unilite, a manufacturer of rugged lighting equipment with a variety of applications, ranging from headbands and woolly hats for running on dark mornings, to freestanding rechargeable lighting units. The company feature a partnership with the popular social media group UKRunChat, as well as having their products chosen by household names such as Steve Cram and Daley Thompson.

We’re very much looking forward to seeing what EventClips and Unilite will be bringing to the National Running Show in 2018!

The National Running Show is the UK’s newest and most exciting running event, attracting thousands of runners looking to find the kit, advice and support needed to achieve their running goals. It is an event designed for runners and by runners but crucially it takes place at the start of the calendar year when most runners start training plans and deciding their race calendar. Visitors to the show will be able to hear inspirational talks from running experts and get free advice on nutrition, training and equipment. They can also see the latest products launches, get free trainer fitting and enter a range of exciting competitions.

The National Running Show is organised by Raccoon Events and takes place at the NEC on 20-21 January 2018. For more information, please contact [email protected] or call Madeleine on 0203 770 9303.