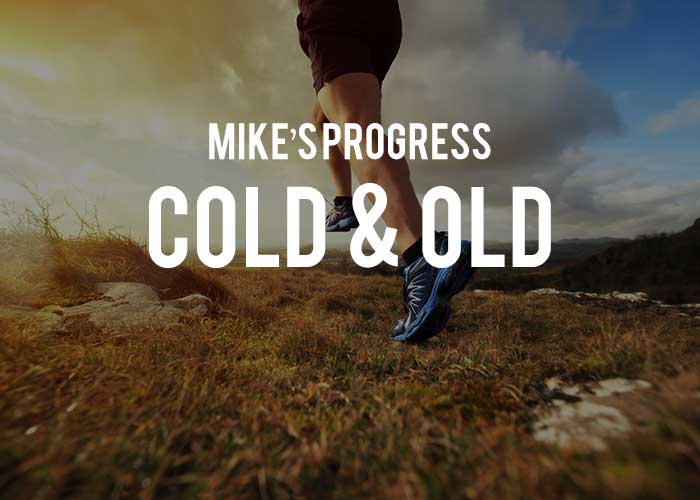 So in my last blog I had loads of plans about where I’d be by the end of November and it’s safe to say that I’ve achieved none of them! But it’s OK – this always happens to me – I’ve never yet had a training plan that goes according to the plan! My view is that keeping going in these tough months is what builds the resilience you need for distance running, after all a mile is still a mile however slow you run it! However, I am starting to panic a little as I’ve told everyone about my desire to break 100 miles in 24 hours now and so the pressure is really on! Silly big mouth needs to just shush sometimes!! Also the cold weather means that I’m waking up with a lot of muscle tightness – especially in my Achilles which have never been the same since the 7in7. Perhaps I’m getting too old for this? The temptation is to say yes, give up and go for an easy life but where’s the fun in that!! Until my legs drop off I’ll keep going.

So back to this month – part of the reason it has been a bit pants is that I was struck down by a particularly vicious form of maniflu maximums – a strange and powerful disease which I battled through like a hero! (OK, so I was a giant snotty man baby for a week!) I still managed two runs during this period but they were very slow and included the undignified moment where I blew my nose on my running top to avoid having to stop. I also had a couple of aborted runs due to my silly floppy arms turning off the treadmill and also nature calling!

Then I decided to dust off my squash racket for the first time in 3 years and play a friend. I clearly need to work on my glutes as I felt like I’d been kicked in the butt by a horse the next day! This made my next run rather amusing to watch as I tried desperately to keep moving without using my bum muscles. Essentially I developed some kind of straight legged waddle leaning backwards like a demented flamingo! I also had a bash at using the treadmill whilst on a business trip but the ‘fitness room’ was clearly not built for a 6’4 bouncy runner like myself (I kept bashing my head on the low ceiling!)

I did manage a 10k but really slow and also another 5k this morning so I am at least keeping moving! The major achievement this month is getting up today at 5am and going to the gym – a minor victory but something to cling to! I’m not going to bother setting any goals for December because I just love food too much and I already have about 5 Christmas parties booked in! I’ll check on my weight count though (currently 95kg) – wonder if I can break 100?!