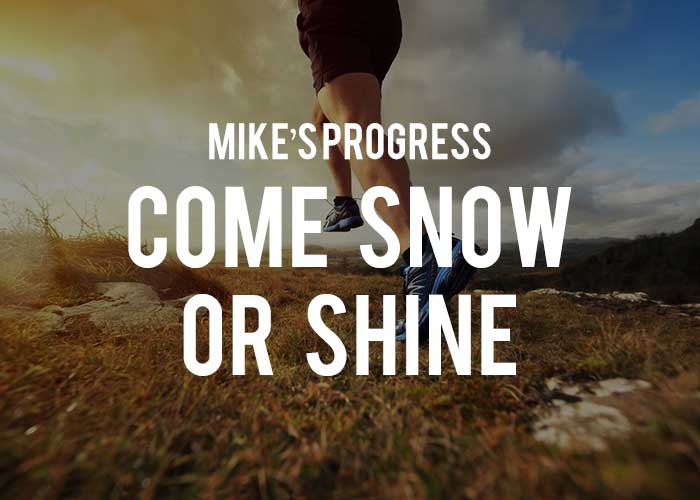 Hi everyone! Happy New Year and hope you are all still sticking to those resolutions?! January has been a good month for me on the training front – I’ve started my early morning routine which is the preparation proper for Endure24 in June. This involves getting up at 5:15 every work day and rotating between a 10k and a 5k with weights each day and using the weekend as rest days.

I’ve also had a busy January with work stuff so I haven’t managed every day but I have clocked 16 runs in January which I’m pretty happy with. The next challenge will be to push those distances on a bit and drop a couple of half marathons in there during Feb. I’ve also started to play a little more squash to try and vary the fitness a little and become more rounded.

The hardest bit about all of this is being outside – it’s been FREEZING this winter – and strapping on a head torch at 5am in the ice and snow can at times feel a little ridiculous. On one run I did fall over coming out of the house and landed heavily on the pavement. I tried to go on the treadmill but only managed a couple of miles as it really hurt – I’m lucky to have avoided serious injury but learnt my lesson!

Even if your plan says go outside – wait til your body and the weather are right! I sometimes get quite obsessive about training programmes and put myself under too much pressure to hit certain distances or volume of runs. It’s not healthy and I’ve found actually reduces the quality of training. Now I must re-read this blog the next time I start going all crazy stress and obsessive!

I’m still doing quite a bit of treadmill work at the moment but have been adding incline to increase the difficulty and if I’m honest I can run a 10k now without any problems at all. 6 months ago I would still be feeling it the next day but now my body is just used to it. The next challenge is to get those miles in – need to get some 13 milers in over Feb. That way I can push up to 18s in March, spend a couple of months doing 20-30 in April/May and then taper down in June. I know this sounds a lot of mileage but its really not a big step on from where I am and if you layer up training properly then it really doesn’t feel like a big jump – our bodies are capable of so much more than we think!

For those geeks out there that like this stuff, here’s some more data on my runs: 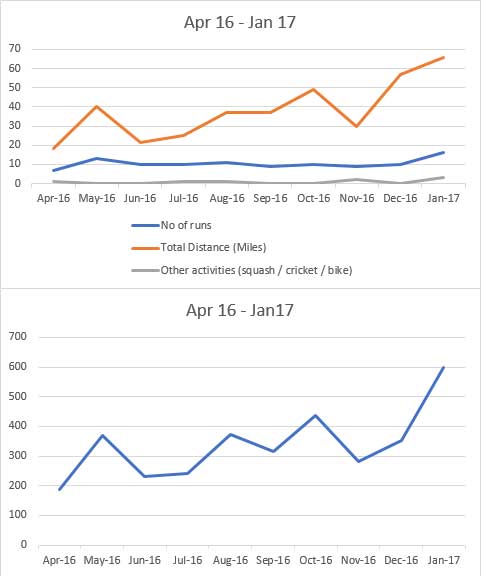