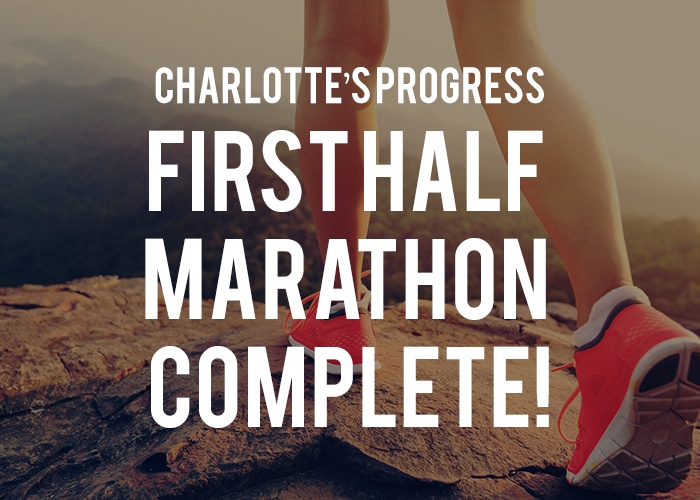 And oh boy did I learn some things!

Firstly that I am a little bit awesome! I actually finished the whole race. I know that this might not sound like a big deal to many of you seasoned runners out there but boy oh boy am I happy about this! The night before the race I kid you not I had the most real dream about actually being taken off the race course in an ambulance. Blooming scary I can tell you. This was the first race that I have done completely on my own.

I am not going to lie to you I think I was really not in the best shape for this run. I had been doing steady training at my own pace up until about a week before the race and then everything went to pot. My brain started to go into overdrive and I overthought the race, I also don’t think that it helped that we weren’t in our own home (staying with family in Wales) it was a bit of a mess in the week running up to the race. What I have learnt from this is that in order to get better on my next race I need to block out the two weeks before the race so that we don’t go anywhere.

If you are going to do your first half marathon I would definitely recommend Swansea Half as the one to do. The atmosphere for those of us who are not super athletes or fast runners was amazing, there is nothing to compare with the buzz before you start a race. I met some amazing girls and got chatting, for someone who has never done a park run nor any of her training with other people it has really inspired me to get social. The announcements to get everyone into place was great and the signage was perfect. You also have some really great organisers for this event who really love what they are doing. 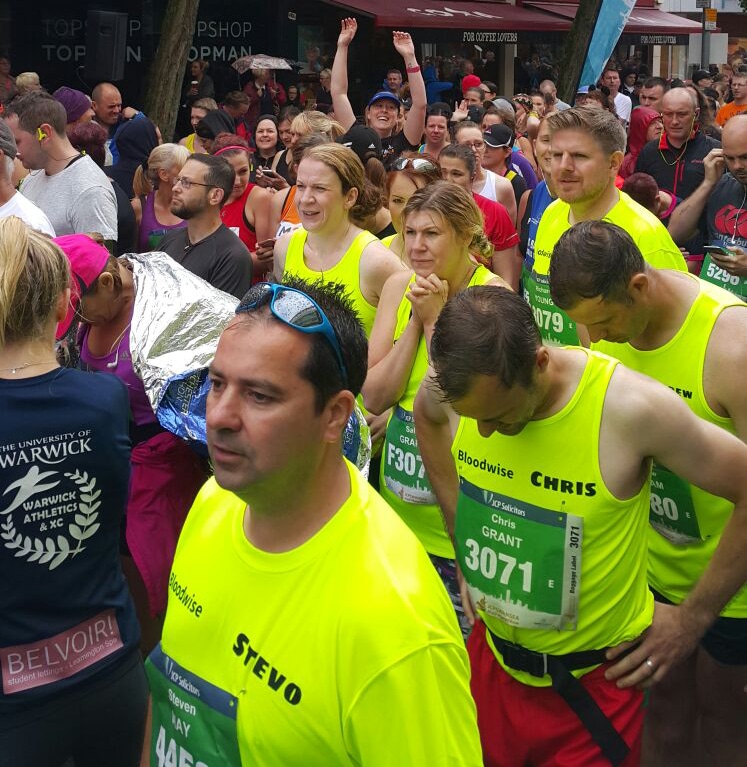 I was very good on the morning and made sure this time that I got up a little early and ate, (egg, toast and salmon)  Pre-race there were lots of people around taking pictures and talking to people. My stomach started to turn as they announced that you needed to start heading for your pens. As we were heading down I noticed the queues for the loos and wondered why on earth people were doing that, half way into waiting for the race to start I understood the answer to that question, your nerves make you feel the need to go and boy did I want to go. This soon faded away when we started to walk towards the start line, I got super excited! The whole atmosphere was electric and everyone was super supportive.

This course is super flat, I meant they only real hill is at the start and the end of the race and even then it really isn’t that much of a hill. Well at least that is what someone told me as we were going round the course. It absolutely tipped it down whilst we were waiting to start but after about a minute of the race starting the race went and we were left with cool sunshine the whole way round (Tash assures me that this happens nearly every year so the run gods are clearly with this race) this most definitely made the first 10k of my race a great run! I did it comfortably in the same time that I have struggled to do it in at my last race. After this point things began to become hard work. I got to 8 miles and had an almighty pain in my side, very much like trapped wind and had to walk. The moment I started to walk it went away but came back every time I started to run. In hind sight I have a feeling that this was because I hadn’t drunk enough water on the way round and by the time I got to the 8 mile point I also probably needed to refuel. I actually picked up one of the SIS gels that they were handing out, had I actually taken it my run might have been a lot better at the end, note to self I need to try this next time. 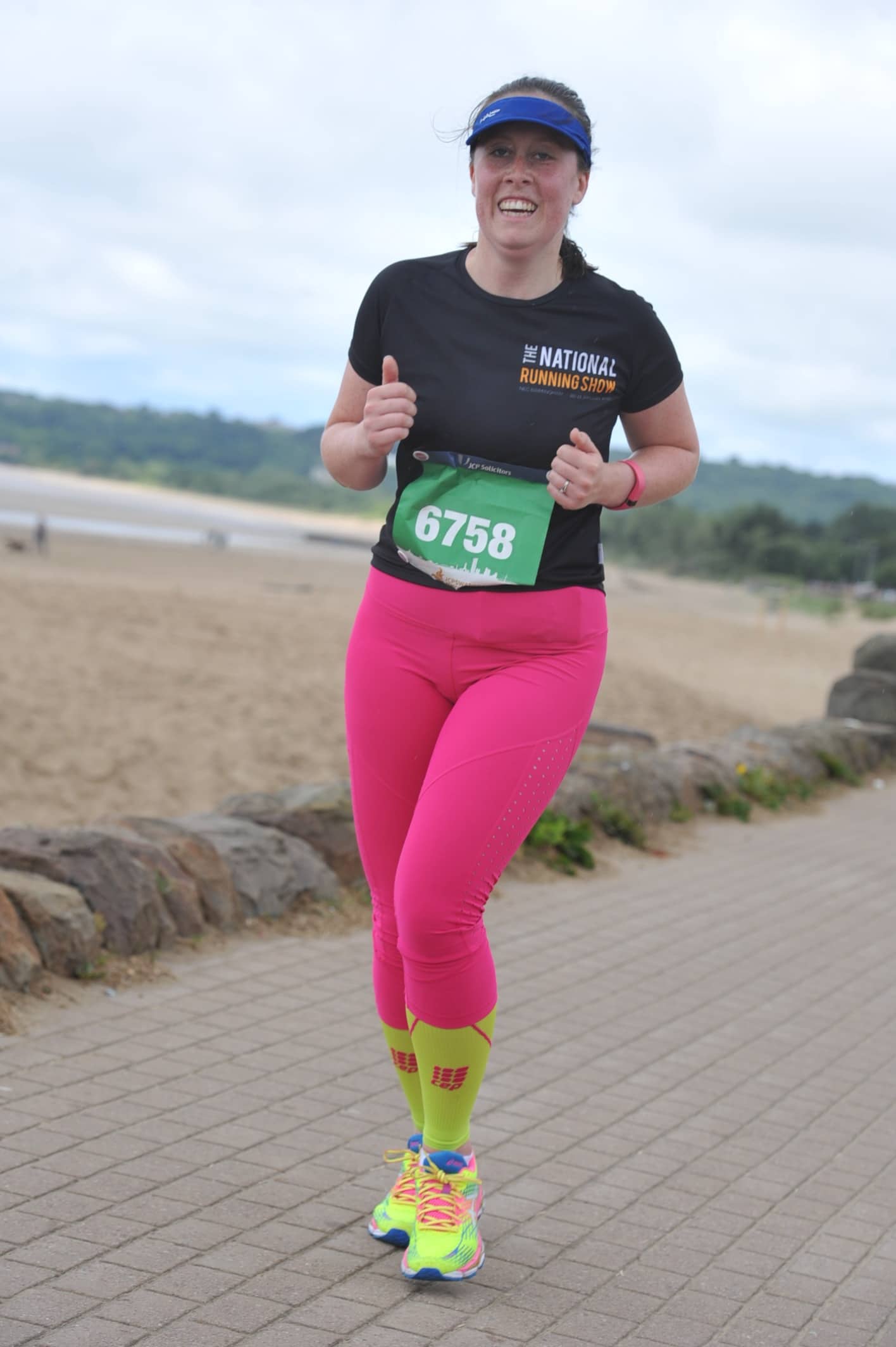 After 8 miles it became more walking than running though I was adamant that I was going to finish, I am not going to lie I cried, I had tried so hard to get to a point where I wouldn’t walk and I had to it felt bloody awful. During this time I got talking to a fair few other people in the same position as me, completely pissed off at themselves for walking but determined to finish the race no matter what. I think one of the reasons that I got myself to run again was a girl called Francesca who started chatting to me and a few of the Run Mummy Run crew. We decided to try and keep pace together for a while. There was a guy in front of us at one point that had a shirt on that said running is my therapy, that made me smile and laugh because it is so true for so many of us.

My gorgeous husband was waiting for me at the 11 mile point and god did I need that, bottle of electrolyte water in hand and ran with me for a little bit, it felt like that little bit of support I needed to get towards the finish.

Over the next two and a bit miles I ended up crying several times. The first because I had to stop running again, the next because I saw a see of pink finishing shirts heading towards me (the finishing colour shirt this year was our wedding colour), and finally because I saw my mum and dad at the top of the last bend (which felt like a GIANT hill at this point) and I was walking. Mum and Dad got me round the last bit of that, both of them actually started running with me, two people who don’t really run at all and they started jogging with me. Shear determination kicked in at this point and I was damned if I was going to join a run and walk over the finish line! I was running and not a single thing was going to stop me. I set my eyes firmly on the finish line and just bloody went for it.

At this point I feel the need to say sorry to Tash who was waiting just the other side of the finish line, when she asked me how I felt the only response out of my mouth was “shit”. Tash I promise you I love it, I absolutely enjoyed the whole race even if at the time I felt so bloody exhausted! Next to see me was David and the only thing I had it in me to do was give him a thumbs up. Finally I got to the end, every limb in my body hurting, muscles I didn’t even know I had, medal on and t-shirt in hand. 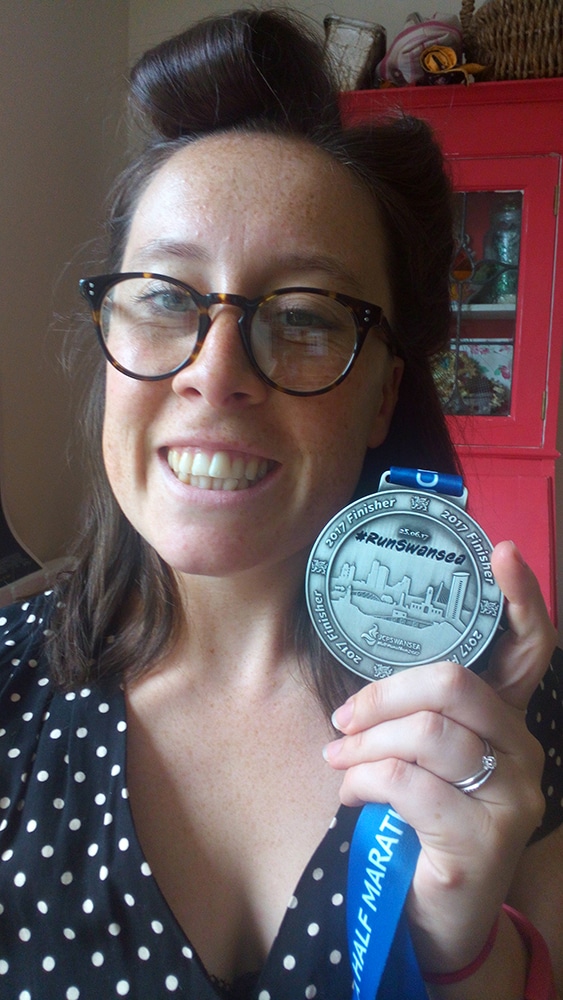 And now I get to show off this!

Someone asked me at the end of the race if I was going to do it again and my first response was “God no!” ……… within an hour that had changed and it was a yes! I want to do one where I do run the whole way, where I take the time and enjoy it and especially now that I have learned that the only person I am really racing against is me. If I can learn to switch my brain off when I am in a race situation like I do when I am out running then I know that I will be able to run the whole thing.

Thank you for all your support and love on social media it was truly heartwarming!