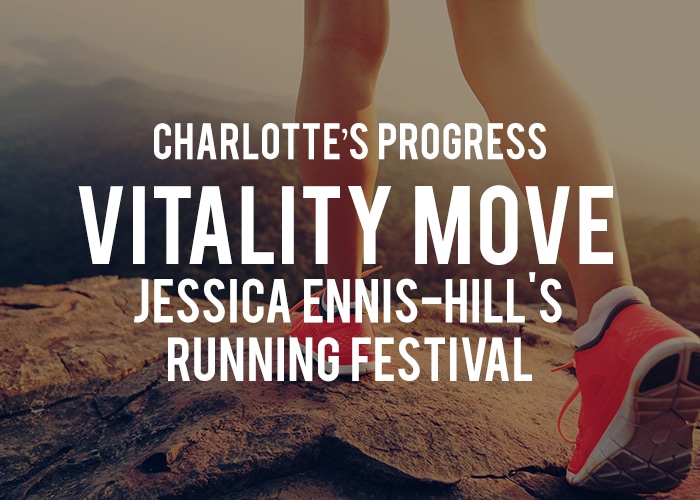 This has been the most fun that I have had on a race day so far! Our little team of The National Running Show T-shirt wearers started our day by getting up at 5:30am. Oh the things we will do for a race these days.

We headed off from our little sleepy location on a Sunday morning, when I felt like purely by turning the car on I was about to wake everyone from their early morning slumber, and headed up the M1 for the Chatsworth Vitality Move festival.

The signage to get you to the race and the parking when we got there was brilliant! There were attendants at every point so that the whole field was organised and easy to get out of afterwards. Aside from the fact that you needed to avoid the sheep which my other half found fantastic fun (secretly I think he wanted to take one of the sheep home with him) parking was so smooth and simple, unlike a lot of events I have been to.

Getting out of the car you could see the streams of people already there, feel the calm electrical atmosphere of runners young and old getting ready for a great day. I am not kidding when I say that this was one of the nicest races I have been to because it was designed for everyone. There were some elite athletes with all the latest gear right the way through to Mum’s and Dad’s in costumes with their kids. The views in this part of the world are stunning as well, it did help that we had a great weather day, sunshine all round with the occasional cloud cover. As you walk into the field there is a great sound of music playing from all over, now I might be a little biased but I think they picked the perfect DJ with Trevor Nelson he had a really great mix all day. But I am a soul girl at heart and it was all the music I love. 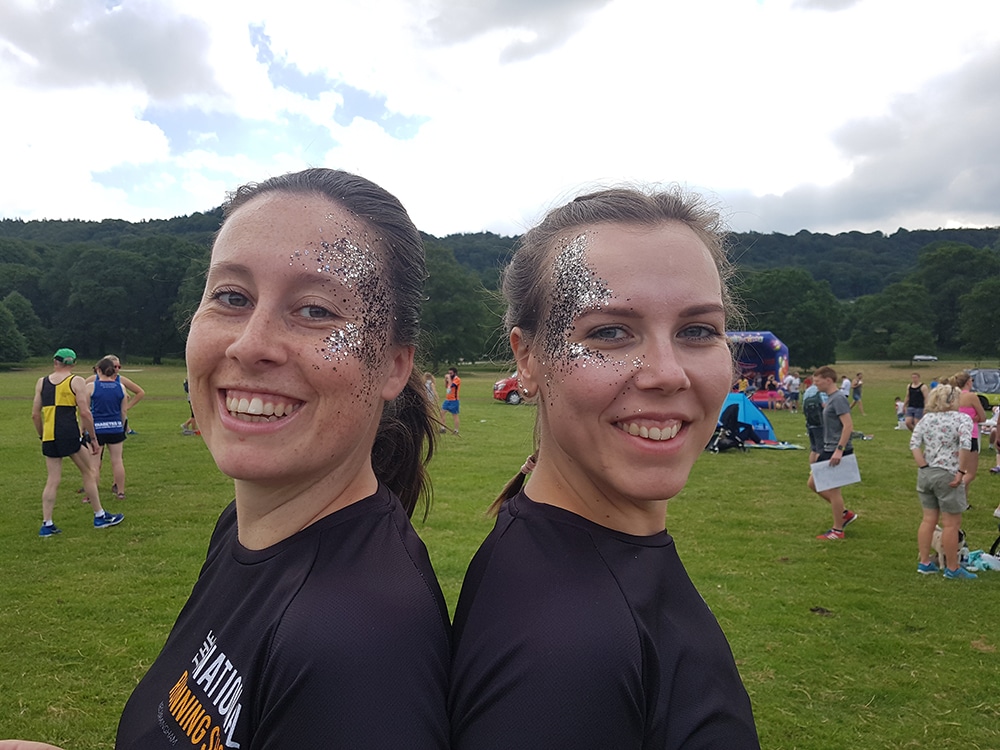 So when someone says the word festival to me I can’t help but think of fun outfits and extreme clothing. How do you do that when you are in a run kit? You find the loudest pair of running leggings and you obviously got out and cover your face in glitter! Because of this we even managed to find ourselves in the Derby Telegraph online.

There were only two of us actually running that day, as we had signed up quite late in the day we headed over to the Vitality Move tent to collect our race packs and again I cannot fault the organisation. The girls knew who we were, found our numbers, got our packs and within moments we were straight out getting ready to join in with the first #movetothemusic mile. So in case you aren’t familiar there were three courses set up for the day, a 1 mile, a 5k and a 10k course. The 1mile course was designed as the music miles where all ages could sign up and run a mile, as an added bonus you got a 1mile medal and a wristband at the end. 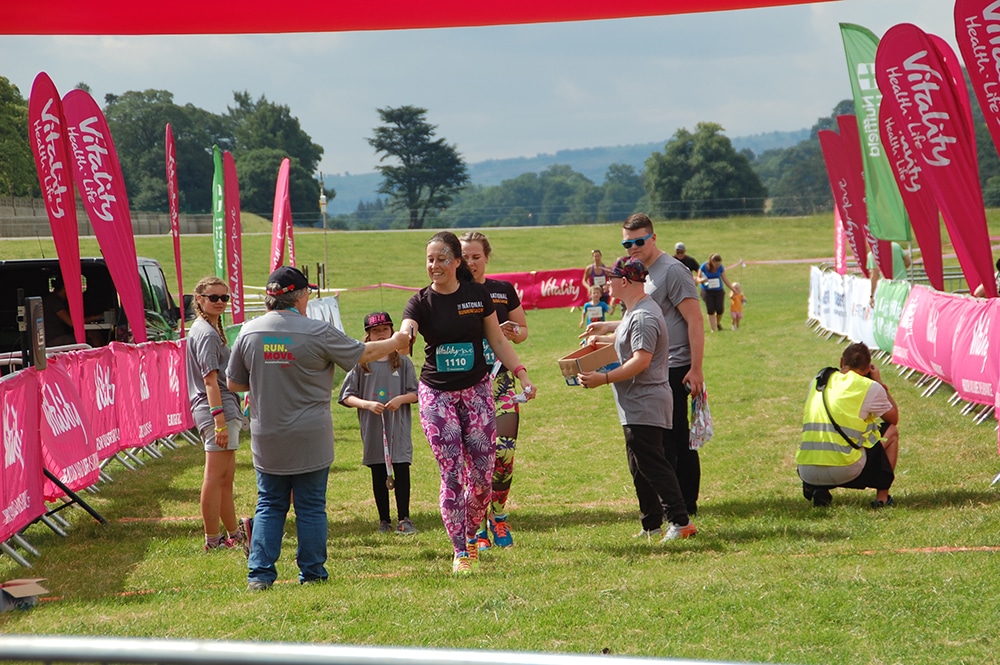 They had a whole load of volunteers with the event from every age range which was truly inspiring. So that no matter how old you were when you got to the end of your race you were handed your medal by someone in your age group. I think think this is a brilliant idea as it gets everyone involved with every stage of the race day. A few of the volunteers were also running in some of the races too.

Because there was such a lovely atmosphere everyone also had the oportunity to meet Vassos and Trevor and Jess throughout the day, they took pictures with them, had chats with them, even ran in some of the races with them!

The mile track was great fun, and yes people on the Disney mile I was completely singing along, I have to say that taking my whole family with me was a real treat because we all run the Disney mile together and both my parents ran! Two people who would not describe themselves as runners and got round a whole mile, needless to say I was super proud of them! 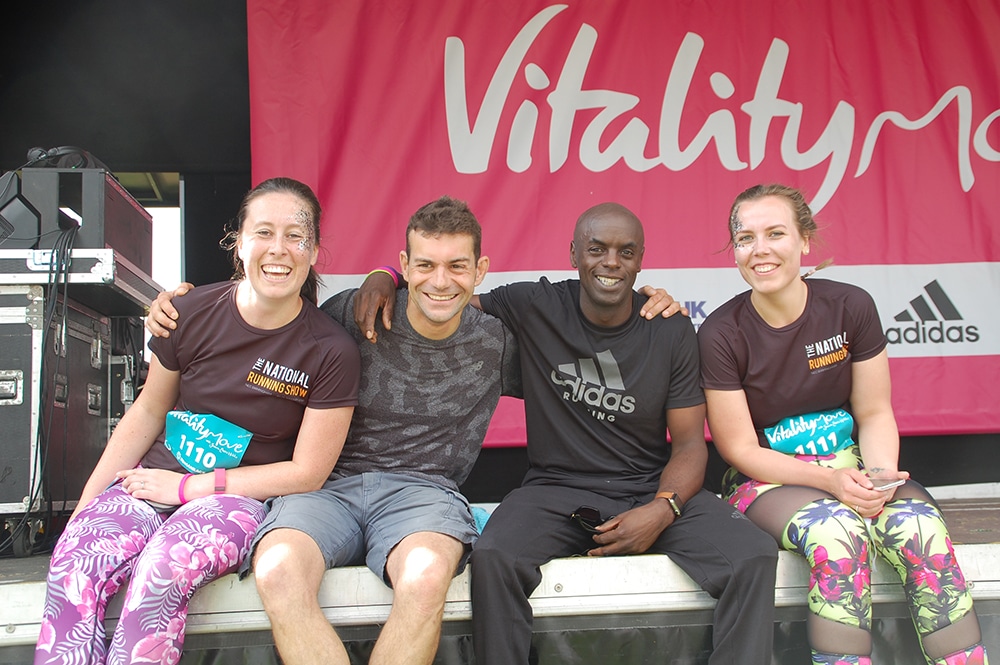 So the two of us who were racing that day, The National Running Show Ambassador Emma Jones and I, having run in every music mile to this point and coming in on the 10 minute mark or under (a massive personal best for the both of us!) then decided, at 1pm to take on what can only be described as the biggest challenge we have had in our run lives! The Chatsworth 10k! Now the website says that there is a hill at the start, what it doesn’t tell you is that getting up that hill might very well nearly kill you! When Jessica Ennis-Hill tells you that you only have to get up one hill and you will be fine don’t trust her! (Jokes) It is so much bigger than you think when you look at it and boy does it last a full 3km of the start of the race. Needless to say that I was walking from very early on but do you know what, for the first time in a run it didn’t bother me. It was in my own head space (she says jumping for joy). It has taken me three races but I think, just maybe, I have found a way to do it. There are even pictures of me running and smiling! Miracles do happen.

Once you get to the top of the giant of a hill there is a gorgeous route, the path under your feet leads you through the countryside. I did get distracted with a little house that I saw on a lake and decided that getting that house might need to be one of my life goals, it was very pretty. You go past a beautiful waterfall and overall I loved this run. I even managed at the end of the course to start talking to someone, I was actually running and talking to someone! I am not normally that person, I am normally the person going “get away from me, stop talking, I am way too out of breath for this!” but I actually managed to do it!

One of the things I did learn this run was that I need a proper pair of trail running trainers. I had very few aches but I did feel that my ankles had taken a little bit of a hit, they were slightly wobbly after the run and I think that was from running on the uneven surfaces. Oh dear this just means I am going to had to buy another pair of trainers! 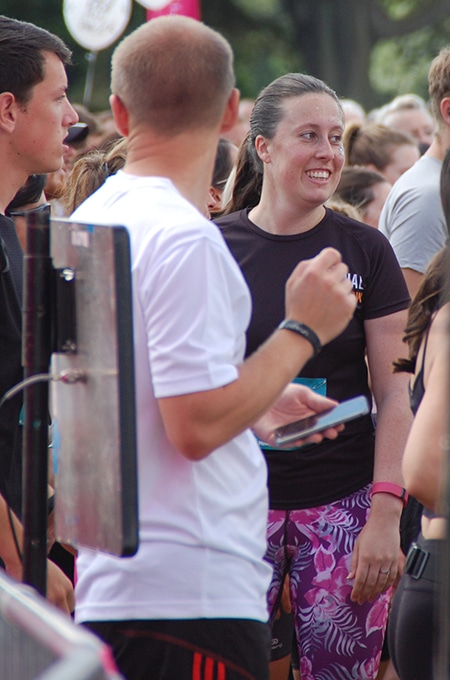 I am immensely proud of my run and super proud of my running partner that we even made it round what I would say, for us fairly new runners, was a blooming difficult course! It was one very tiring day but I left the day with even more of a love for running and a real buzz for having had such an amazing day!