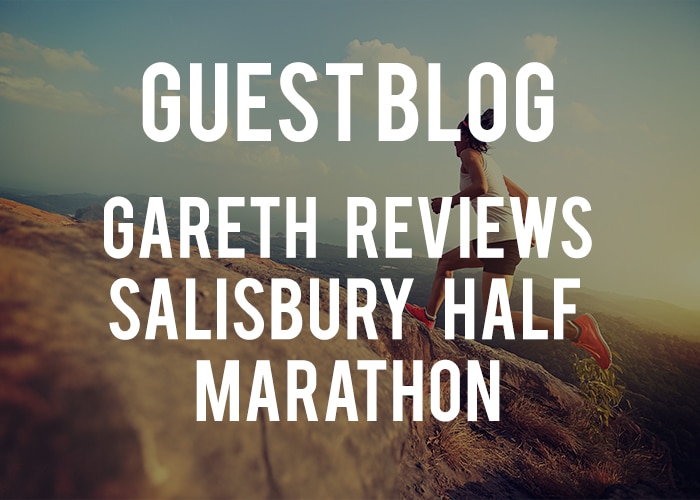 Here at the National Running Show we want to give you a wide variety of views and opinions because we believe that running is for EVERYONE. And everyone has different ways of running.

Gareth has been running for over two years and is well on his way to becoming a fast runner. Here is his review of the Salisbury Half Marathon from a few weeks ago.

Overcoming a tough knee injury is not something to take lightly; almost exactly one year to the day of participating in my first ever half marathon, I was set and ready to continue through into my second.

In the year since acquiring rather persistent issue I felt I was finally ready to step up to the plate. With a few weekend runs of 11.5 miles successfully under my belt I knew I needed the perfect race to make sure I got a new Personal Best.

Salisbury did not disappoint.

Though the start line was a little vague we realised after a few minutes of confusion that we had been informed we needed to go to the meet up point first. A couple of Google Maps moments later and we were surrounded by plenty of other enthusiastic runners waiting to get to the start line. There was a buzz in the air that you don’t quite get outside of the running community. As a group we all made our way to the starting line and eagerly waited our cue to begin running.

The weather was somewhat overcast but not cold, pretty much exactly what you want to run in. 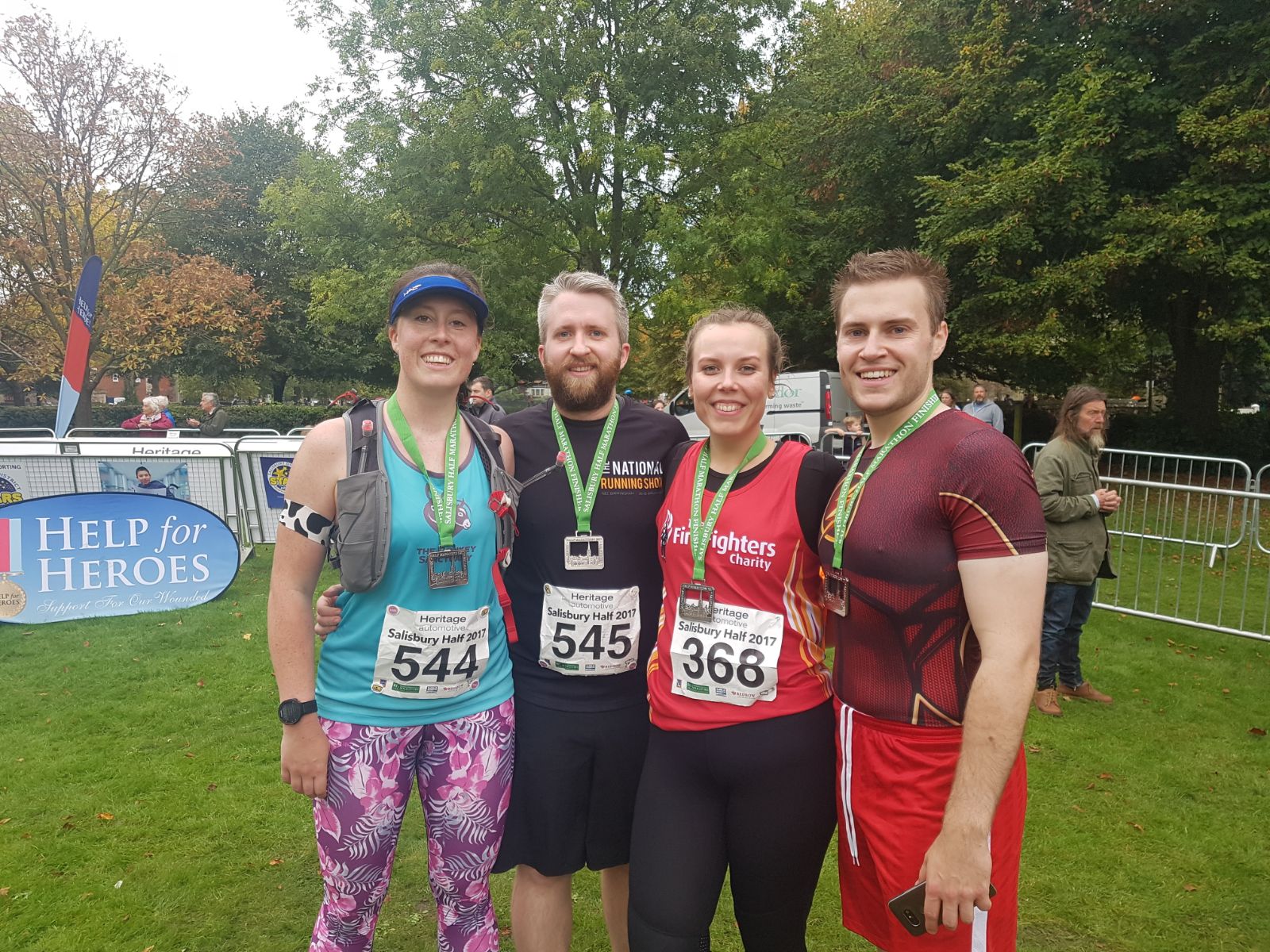 Something I gradually became aware of, and that I will forever be grateful for was the pace runners. Pace runners can be incredibly helpful especially for someone in my situation. If you know you can run a comfortable pace but aren’t always confident at keeping it up for a race a pace runner is your best friend.

Before the race begun I had my target set. The 2 hour pace runner was a couple of hundred metres in front of me, I wanted to overtake him and never let him get past me!

As the race got under way we quickly went from a closed off road to an open section where cars were having to wait for the majority of runners to pass before they could continue. There were large sections of the course that were completely closed with other sections where we could comfortably run on the pavement without any hassle.

The course was filled with a great set of official race crew that were truly encouraging to everyone that ran past, the water crews were helpful and made it clear which stations were handing out water and which were handing out electrolyte drinks. On top of this the residents of the streets we ran through were equally as encouraging and many of them were handing out jelly babies (a life saver for some runners!)

My favourite part about the whole race though had to be the other runners, I was among positively the most positive and friendly group of people I have ever run with. Constantly encouraging and commenting to each other and keeping each other going.

The course itself is very flat, though I’m not a huge fan of doing 2 loops of the same 6.5 miles the flat nature of the course and the large straight segments made it a whole lot nicer than I expected.

And all of this culminated in a race time that I never would have expected possible. I achieved an under 2 hour time and an all new personal best; at least it stayed a personal best for a week…