The National Running Show has confirmed three new exhibitors for the inaugural show on 20-21 January 2018 at Birmingham’s NEC.

The latest names to join the high-profile line-up of exhibitors and partners are Vibram, Taiki Tea and Eyepod. They can each look forward to sharing their offering at this exciting and innovative new show for runners and to being part of a first-class listing of race organisers, sports retailers, sports brands, nutrition experts, official sporting bodies and communities already secured for the show.

Vibram is an Italian company best-known for its Vibram-branded rubber outsoles for footwear. Founded by Vitale Bramani in 1937, when he developed the first ever rubber climbing boot sole and the iconic ‘Carrarmato’ grip, Vibram went on to produce Vibram FiveFingers along with designer and barefoot enthusiast Robert Flirie. The range has evolved into a highly technical selection of styles designed to deliver high levels of performance across a range of sports, though always preserving the ‘barefoot feeling’.

It is the sole that makes Vibram so iconic, with every pattern moulded to deliver the best possible results in terms of grip, stability and wear. The range includes specific road running shoes (V-RUN), trail and mud running shoes (V-TRAIL) and the best-selling, minimalist KSO EVO shoe.

Chris Wilson, MD of Vibram distributors The Charles Birch Group, commented, “We were delighted to be made Vibram distributors for the UK and we are also delighted by the high demand for Vibram FiveFingers and Furoshiki. The National Running Show is an ideal opportunity for us to demonstrate the benefits of Vibram to a whole new audience as well as looking after our long term, loyal customers”.

Taiki Tea will also exhibit at The National Running Show and promises to appeal to runners looking for a healthy and genuine alternative to coffee. A producer of organic matcha tea, this East London-based company is keen to promote the abundant health benefits of this supercharged version of green tea, one cup of which is the equivalent to drinking nine cups of normal tea. With matcha tea being a powder it is extremely versatile, dissolving easily in water to release its healthy nutrients and produce a great-tasting drink.

Meanwhile, opticians Eyepod will be of interest to those looking for stylish prescription sports glasses. Eyepod have designed lenses to suit runners so they can read their GPS watches, and each pair of glasses comes with five different tinted lenses to suit all light conditions. The glasses also have an easy-to-fit sports band to keep the frames from bouncing around while running. Standing out from their competitors, Eyepod are able to do any prescription, which is often not possible with other suppliers. 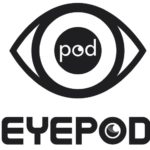 Over 13,000 runners have already registered for tickets to The National Running Show, which will be the UK’s first dedicated non-race affiliated event solely for runners. It is the event to attend for runners of all abilities and interests, with a first-class programme of speakers headed up by Dame Kelly Holmes and including Jo Pavey, Jenny Tough, Susie Chan, Sean Conway and Russell Smith.

Mike Seaman, Director of Racoon Events, commented: “We are thrilled to welcome Vibram, Taiki Tea and Eyepod as our latest exhibitors at The National Running Show. They each bring something different to the show and are extremely relevant to our audience of runners of mixed interests and abilities. We are excited to have a fantastic line-up of exhibitors, partners, charities, sponsors and speakers in place and it will be truly inspiring to have everyone under one roof in January.”

Anyone wishing to become an exhibitor or partner of The National Running Show should contact Mike Seaman directly by email, at [email protected]