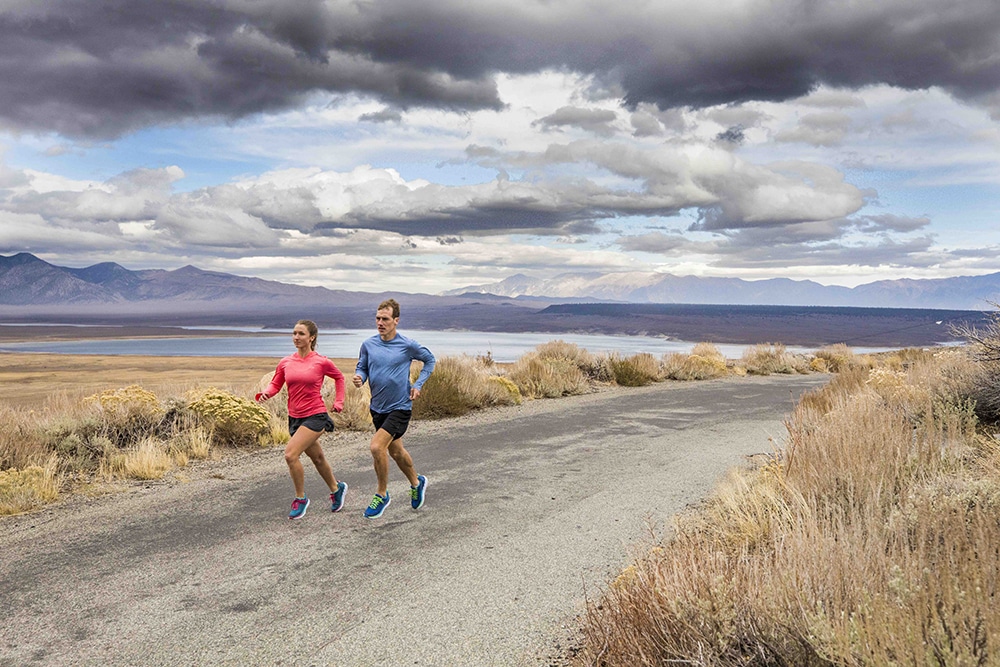 The National Running Show has secured one of the biggest names in running, Hoka One One, for the inaugural show on 20-21 January 2018 at Birmingham’s NEC.

California-based premium running shoe company Hoka One One®, a division of Deckers Brands (NYSE: DECK), is a fantastic addition to this innovative new show and is guaranteed to hold huge appeal for the thousands of runners already registered to attend The National Running Show.

Hoka One One has gained popularity among runners for producing running shoes with extra-thick midsoles and minimum weight. Founded in 2009, the brand made an immediate impression on the running industry by producing shoes with an oversized outsole that gave more cushion than any other running shoe.

The brand’s original, highest-cushion models are now complemented in the HOKA range by lighter-weight shoes that retain much of the brand’s signature cushion, including lightweight racing shoes and track spikes. Throughout its product line, HOKA shoes boast fantastic stability and encourage an efficient stride for all types of runner, from ultra distance runners to serious trail runners and casual road runners. They are the number one choice of shoe for runners all over the world looking for a supremely comfortable, high performance shoe.

The sponsorship of such a high-profile brand at The National Running Show reflects the undisputed importance of the show for the UK’s running industry. This is the first time that businesses related to running will gather under one roof for the benefit of the UK’s running community, and it is perfectly timed so that runners can plan their training, nutrition and brand preferences pre-race season. The show has generated huge interest and is on track to be a sell-out in its first year.

Mike Seaman, Director of Racoon Events, commented: “We are thrilled to welcome Hoka One One as a sponsor for The National Running Show. Anyone who runs at any level will know Hoka One One and their iconic shoe design, and we are delighted to be able to bring such a highly-respected brand to the UK’s runners at the show in January. The show will be a unique chance to meet the HOKA team in person and try out their superb range of running shoes in a truly inspiring, running-focused environment. It is a privilege to have a fantastic line-up of exhibitors, partners, charities, sponsors and speakers in place, and we look forward to welcoming runners of all levels and interests to the show in the new year.”

Elizabeth Brown, Sports Marketing Manager at Hoka One One, added, “We are delighted to sponsor The National Running Show in its inaugural year and join what is set to be a fantastic gathering of all the big names in running. We are passionate about helping runners achieve their goals through the provision of high-performance footwear, and it will be a pleasure to meet runners over the course of the weekend and help them choose the right running shoe for them, whatever their interests or running ability.”