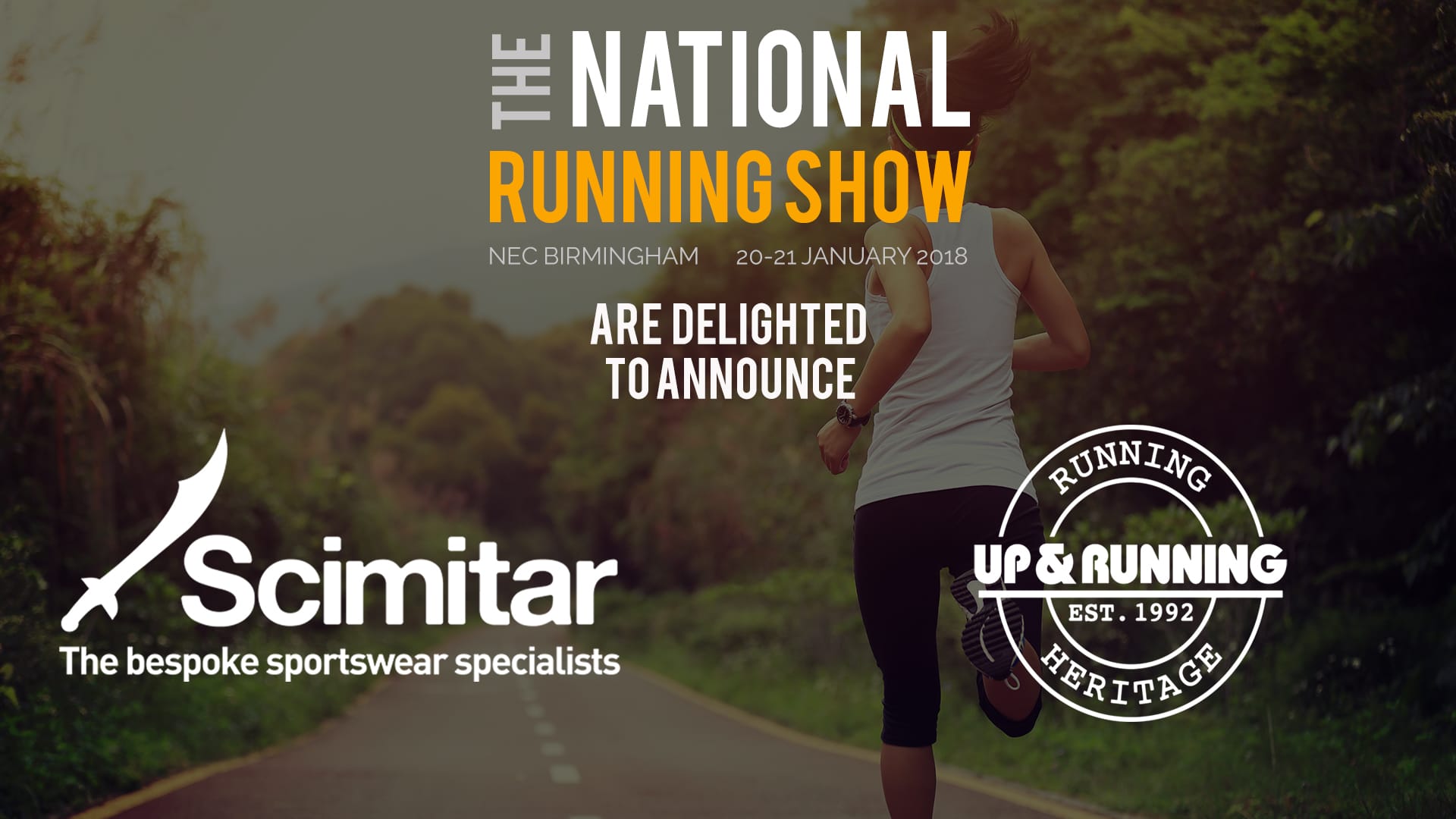 The National Running Show has announced the latest big names to sign up for the inaugural show on 20-21 January 2018 at Birmingham’s NEC.

Running specialists Up & Running have confirmed they will be sponsoring the UK’s most exciting new event for runners, while leading supplier of running vests Scimitar has come on board as a partner. They join a high-profile line-up of sponsors and partners already secured for The National Running Show in just over two months. Over 13,000 runners have already registered for tickets to this innovative expo that will see race organisers, sports retailers, sports brands, nutrition experts, official sporting bodies and communities gather under one roof like never before.

New partner Scimitar is the largest supplier of running club vests and charity running vests within the UK. Known for the quality and technical performance of their kit, top charities and running clubs rely on Scimitar to provide apparel that maximises comfort during prolonged activity whilst wicking sweat away rapidly, thanks to their trademarked Qwick-Dri technology. Scimitar also operates a retail outlet, Scimitar Shop, which offers a range of technical running clothing with exclusive licenses, including the likes of MTV, Mr Men and Um Bongo.

Up & Running promises to be an equally popular addition to The National Running Show, having played an integral part in runners’ training plans nationwide for over 25 years. With over 30 stores and an online website stocking over 1,500 products, Up & Running is dedicated to keeping runners on their feet and catering to their every need. The retailer specialises in running shoes, clothing and accessories from major brands such as Garmin, Brooks, ASICS, Mizuno, Saucony, Inov-8, Sub4 and Ronhill, whilst also offering expert advice from its experienced team to help runners choose the right gear for them. Up & Running will be a key exhibitor at The National Running Show and appeal to runners of all abilities wanting to achieve their goals.

The National Running Show will be opened by Dame Kelly Holmes, who will go on to head up a first-class programme of speakers including Jo Pavey, Jenny Tough, Susie Chan, Sean Conway and Russell Smith. Runners will have the opportunity to hear their running heroes speak about a range of topics including how to run the perfect half marathon, trail versus road running and mental toughness.

Mike Seaman, Director of Racoon Events, commented: “We are delighted to welcome Up & Running as a sponsor and Scimitar as a partner to The National Running Show. These are two big names in running which will appeal to runners of all levels as well as to running clubs and charities. We have over 13,000 runners already registered for the show and are excited to be gathering everyone together under one roof for a fantastic celebration of running. It will be a perfect opportunity for runners to plan for the year ahead, and an inspiring weekend for all involved.”