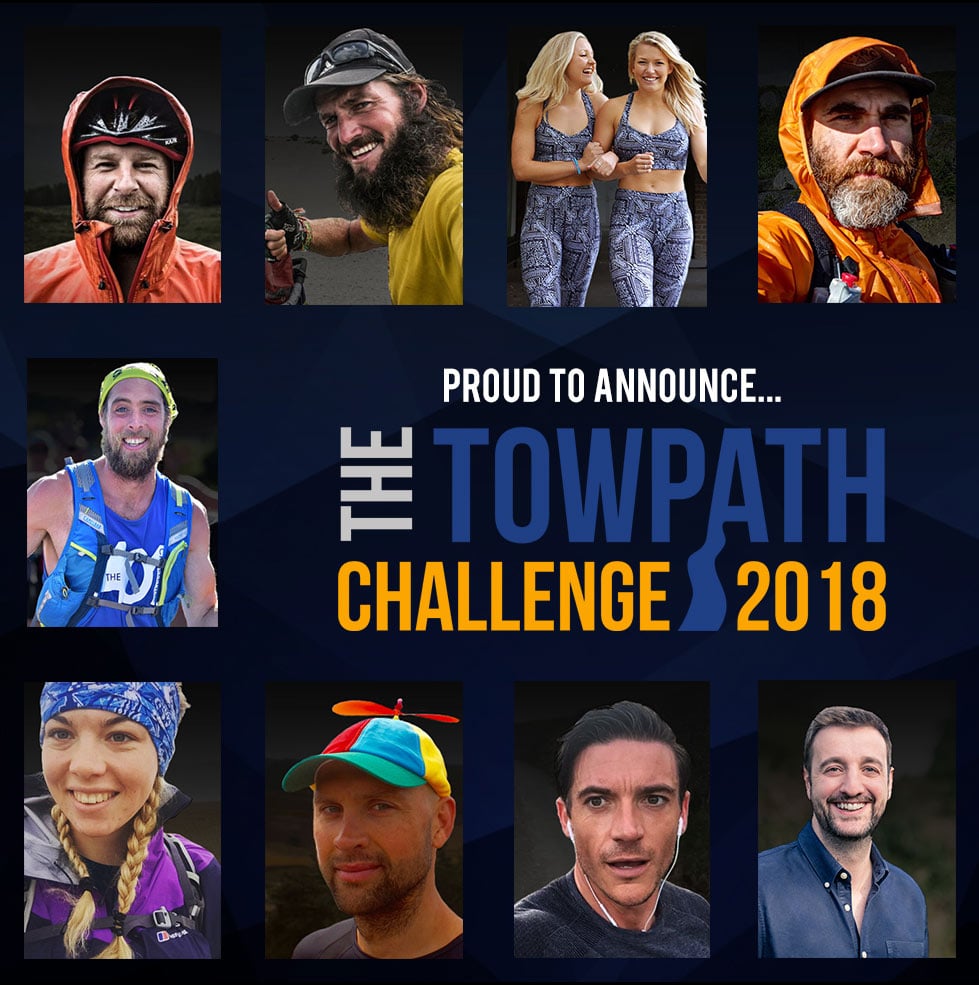 The organisers of The National Running Show have announced details of the Towpath Challenge, which will be taking place in the lead up to the inaugural show in January 2018.

The Towpath Challenge will see a team of high profile endurance athletes run 135 miles in 5 days from the Olympic Park in London to the NEC in Birmingham, starting on Sunday 14th January at Queen Elizabeth Olympic Park and finishing on Thursday 18th January at the NEC.

The runners will be covering an average of 27 miles a day during daylight hours, and they are inviting running enthusiasts to join them for sections along the route (email [email protected] for more information). Their progress will be trackable via the website.

The Towpath Challenge sections are as follows:

The Towpath Challenge participants will be carrying their own winter running essentials as well as their own food during the day, and they are due to camp each night.

Confirmed runners include accomplished British adventurer, endurance athlete and presenter Russell Smith who will also be the run leader; Jamie Ramsay who ran 17,000 kilometres unsupported from Vancouver to Buenos Aires; Luke Tyburski who has completed a unique 2,000km, 12-day-solo triathlon from Morocco to Monaco; minimalist runner Aleks Kashefi, known as Barefoot Aleks, who is the first person to have run the entire length of the European continent; Ben Smith who completed 401 marathons in 401 days; and Elise Downing who ran the coast of Britain solo and unsupported. Twice the Health will also be taking on the Towpath Challenge, with nutritionist Emily and PT Hannah both experienced runners of multiple 50K races.

Mike Seaman, Founder of The National Running Show and an experienced ultra runner, will be joining the team all the way to the NEC as well as Raoul Monks, an ambassador of the show and finisher of multiple ultra-marathons.

The National Running Show will be opened at 9.00am on Saturday 20th January 2018 by Dame Kelly Holmes, who will go on to head up the first-class programme of speakers inclusing Jo Pavey. Towpath Challenge participants Russell Smith, Jamie Ramsey, Luke Tyburski, Aleks Kashefi, Ben Smith and Elise Downing will also be speaking at The National Running Show, go to the website for the full programme.

The National Running Show takes place on 20-21 January 2018 at Birmingham’s NEC and will see race organisers, sports retailers, sports brands, nutrition experts, official sporting bodies and communities gather under one roof like never before. Over 14,000 runners have already registered for tickets to this innovative show.

Confirmed as partners and sponsors for The National Running Show are some of the UK’s most trusted running brands and communities, including UKRunChat, Run Mummy Run, Running Heroes, The Great Run Company, Race Solutions, Xtra Mile Events, Impact Marathon Series, White Star Running, Ealing Half Marathon, The Running Awards, Find a Race, Oofos, Up & Running, Scimitar, Vibram and Hoka One One, plus Cancer Research UK as Official Charity Partner.

Mike Seaman, Director of Racoon Events, commented: “We are excited to unveil the details of the Towpath Challenge, which we have created as an exciting and challenging build up journey to the opening of our inaugural show. I am looking forward to running all the way from London to the NEC in Birmingham with a team of high profile and well respected endurance runners, who will then be swapping the towpath for the speakers’ stage.

“I am sure this is going to attract the attention of many runners and non runners, and we are looking forward to sharing stories from the Towpath Challenge at the show.”