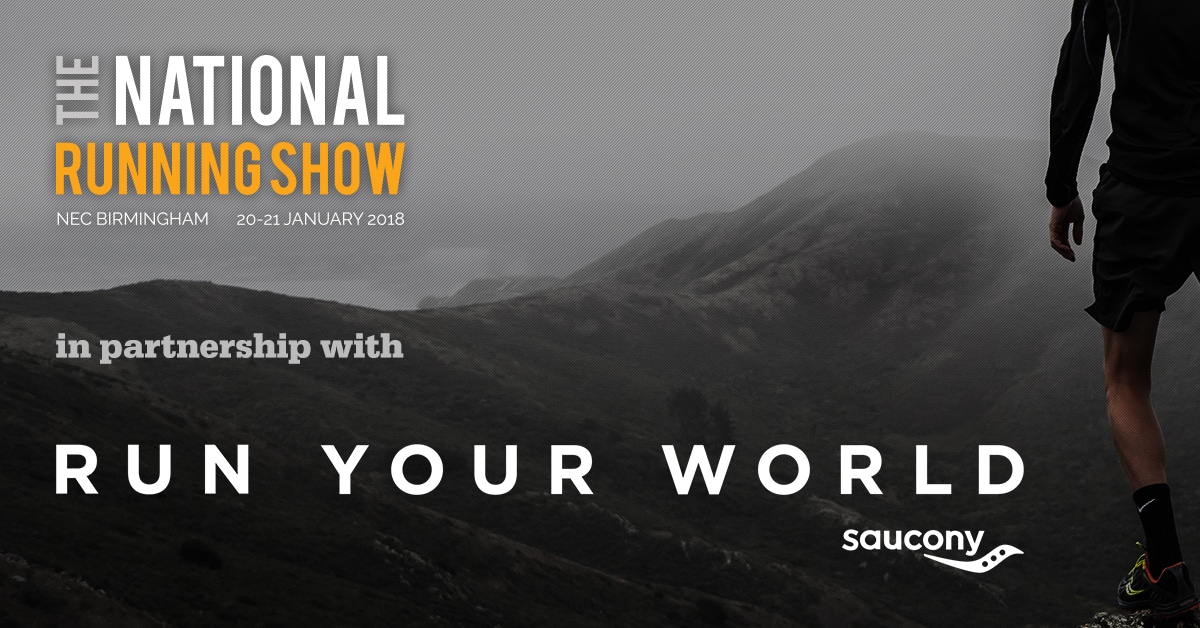 The organisers of The National Running Show have confirmed leading global running lifestyle brand Saucony as a sponsor of the event at Birmingham’s NEC on 20-21 January 2018.

Saucony is perfectly placed to sponsor this innovative new show that will bring thousands of runners and running brands together under one roof in the new year. Over 17,000 runners have already registered for tickets to The National Running Show and it promises to be the event to attend for runners of all abilities and interests.

Founded in the US in 1898, Saucony is a long-established and much-loved brand whose mission is to inspire people to run. Their motto encapsulates everything they believe in and seek to convey: ‘At Saucony, a good day is when we get to run. A great day is when we inspire someone else to run’.

The company fuses performance, innovation and style to create compelling footwear and apparel with its widely recognised brands Saucony and Saucony Originals. Almost 120 years on, Saucony continues to inspire runners everywhere with its award-winning innovations, which include EVERUN™, ISOFIT™, Geometry of Strong™, PWRGRID+™ and the Life On the Run Collection™. Many UK runners are already loyal Saucony fans and the brand’s presence at The National Running Show will be a fantastic chance to learn more about Saucony and try out their quality range of shoes and clothing.

To enable visitors to the show to engage with the brand in an interactive, competitive and fun way, Saucony will be offering an exciting treadmill challenge at The National Running Show. The Treadmill Challenge sponsored by Saucony will include a one-minute treadmill challenge where participants will be able to win great Saucony prizes. The Challenge will also include a separate treadmill area for trainer fitting and gait analysis, a retail area stocked with the latest Saucony products and space for Saucony experts to chat with visitors to the show.

The sponsorship of such a high-profile brand is of great credit to The National Running Show, which is on track to sell out in its first year. In addition to a first-class list of exhibitors, partners and sponsors, the show features a stellar programme of speakers headed up by Dame Kelly Holmes and welcoming Jo Pavey, Jenny Tough, Susie Chan, Sean Conway and Russell Smith. For runners of any ability, this is a full weekend celebration of running not to miss.

Mike Seaman, Director of Racoon Events, commented: “It is with huge pleasure that we welcome Saucony as a sponsor for The National Running Show in January. Saucony is a greatly respected running brand all over the world, and will be a fantastic addition to a show where many thousands of runners will be coming for ideas and inspiration pre-race season. It is incredibly exciting to have such a strong line-up of exhibitors, partners, charities, sponsors and speakers in place for the inaugural event, and we look forward to welcoming runners of all levels to the show in January.”