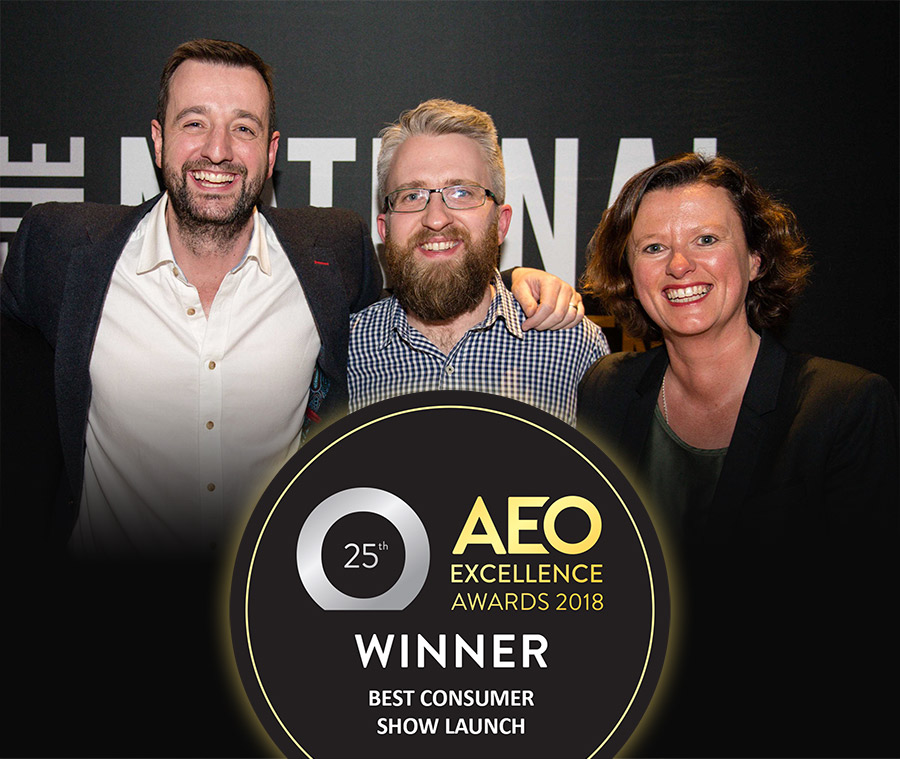 The National Running Show has won the award for Best Consumer Show Launch at the AEO Excellence Awards 2018 that took place in London on 15th June.

The 25th anniversary of the AEO Excellence Awards took place at Grosvenor House and saw the very best of the events industry gathered to celebrate the achievements within the industry over the last year.

The National Running Show, organised by Raccoon Events, took the award for Best Consumer Show Launch following its highly successful launch event in January 2018. As the UK’s first non-race affiliated event solely for runners, this innovative new show brought thousands of runners together like never before at Birmingham’s NEC, alongside a stellar line-up of sports brands, retailers, race organisers, nutrition experts, communities and expert speakers. It proved to be a must-attend event for runners of all abilities as well as for any business related to running.

The National Running Show is set to be even bigger and better in its second year, with the 2019 event promising a much larger floor space, many more interactive elements and the presence of many big names in running. It is credit to the organisers that many exhibitors from the 2018 event renewed their booking before the first show was even over and that ticket registrations for 2019 reached 17,500 in the first two weeks of opening.

Up against The National Running Show in the Best Consumer Show Launch category were Pub in the Park, Ideal Home Show China and This Morning Live. Mike Seaman, Director of Raccoon Events, was there to receive the award at the glittering ceremony last week and pay thanks to his team.

Mike Seaman, Director of Raccoon Events, commented: “We are absolutely thrilled to have won the award for Best Consumer Show Launch category at the AEO Excellence Awards. We saw a gap in the market for an independent running exhibition where runners could find all the kit, tech, nutrition, advice, inspiration and events they needed to plan their race season, and we worked hard to deliver all of this and more to the UK’s running community. It is a huge privilege to have this recognised by the AEO Excellence Awards and I would like to thank all of the team for their commitment and support in delivering such a thrilling inaugural show. Going home with this award is fantastic motivation as we work towards raising the bar at the 2019 show.”

The National Running Show takes place at Birmingham’s NEC on Saturday 19th and Sunday 20th January, 2019. Tickets are on sale on the website and cost £10 per person for the weekend.