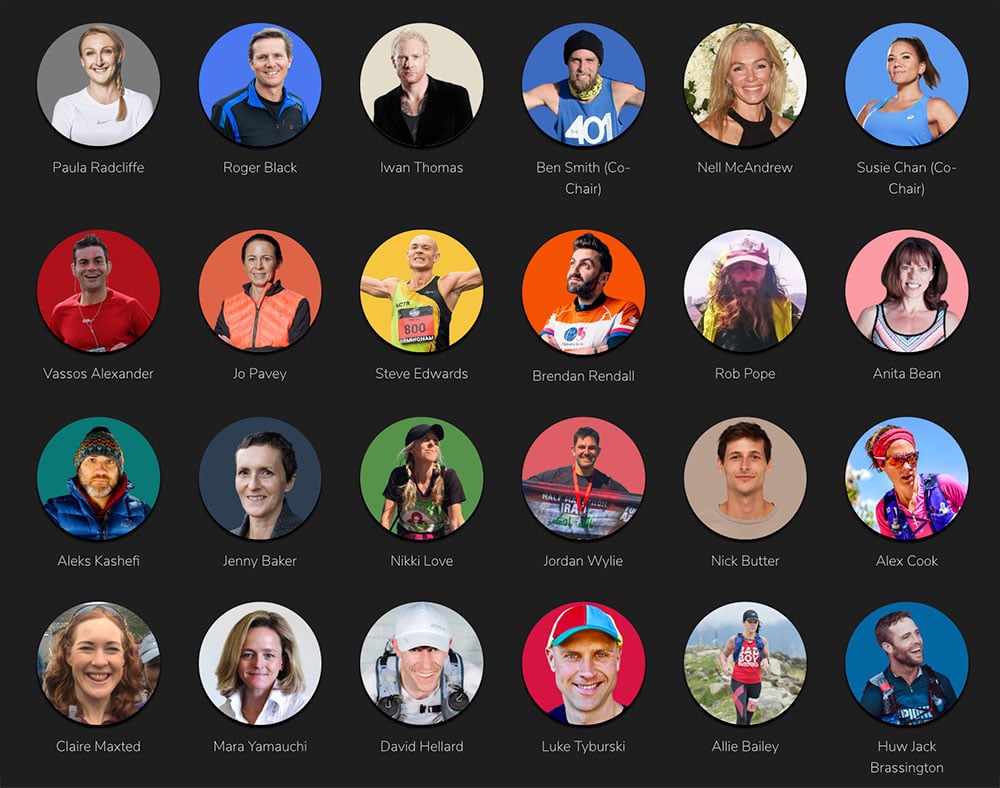 The organisers of the multi award-winning National Running Show have announced a number of notable new speakers for the event taking place on 19th-20th January 2019 at Birmingham’s NEC.

TV personality Nell McAndrew is passionate about fitness and running and promises to be an inspiring addition to the speaker programme. With numerous 10km, half marathon and marathon races under her belt, Nell’s greatest running achievement is her PB of 2:54 at the Virgin Money London Marathon. She is a regular at parkrun and has co-written a book, Nell McAndrew’s Guide to Running, to encourage others to get active.

Rob Pope certainly has a story or two to tell, and will be dazzling the audience at The National Running Show with his recent feat of running across America – not once, but four times in one year. Clocking over 15,000 miles, he became the first person to complete the famous run that Forrest Gump did in the film, and in so doing raised valuable funds and awareness for Peace Direct and World Wildlife Fund. Rob will be discussing some of the key challenges he faced.

Sports dietician and ultra runner Alex Cook will be delivering a talk entitled ‘Science vs Reality’, to help athletes of all levels maximise their performance through up-to-date, evidence-based nutrition advice. Alex is a competitive distance runner with 20 years’ experience and she runs her own highly successful performance nutrition consultancy, @theSportsDietitian @Diet360.

A popular figure in the world of off-road running, Claire Maxted is the co-founder and former editor of Trail Running magazine. She now runs a trail running YouTube channel presenting off-road running advice and information, contributes articles to magazines and websites, hosts Q&As and presents film coverage at ultra-distance races – all whilst training for multi-day races herself.

Former British athlete Mara Yamauchi needs little introduction, her impressive career in athletics leading her to become the second-fastest British female marathon runner ever, with a marathon PB of 2:23:12. She is now a qualified Athletics coach and is looking forward to sharing her tips on how to get the basics of running right at The National Running Show.

David Hellard is one of the voices behind the innovative Bad Boy Running Podcast as well as a keen runner and traveller. He has finished first Brit at the legendary Marathon des Sables and won marathons on three continents, and he will be sharing his tales of running smaller marathons across the globe, from Afghanistan to Somaliland and beyond.

Luke Tyburski will be a familiar and friendly face to those who attended the inaugural National Running Show in 2018. The endurance adventurer, speaker and health and mindset coach is returning to inspire visitors to the show and show them they are capable of more than they believe. Luke himself has an impressive race history, with countless marathons and ultras under his belt.

Completing the line-up of new speakers is Allie Bailey, an ultra-runner who has run almost 70 marathons and ultras all over the world. Allie has found running has changed her life in many ways, from helping her to battle her mental health problems to becoming part of a community and discovering unknown potential within herself. She loves to talk about her journey and meet others!

Over 32,500 tickets have already been sold for this innovative expo and it is on course to be a sell-out in its second year.

Mike Seaman, Director of Raccoon Events, commented: “We are thrilled to welcome such a fantastic line-up of speakers for The National Running Show in 2019. The Main Stage was a key feature of the 2018 event, with a packed auditorium of visitors being thrilled and inspired by Olympic gold medallists, globetrotting adventurers and endurance runners. For 2019 we once again have a superb programme of speakers and panel sessions, covering all aspects of running and offering a unique opportunity for runners to see their running heroes. We can’t wait to welcome everyone under one roof for this superb celebration of running in the new year.”