The organisers of The National Running Show have announced the first speakers for The Ultra Zone presented by Bad Boy Running at the event on Saturday 25th and Sunday 26th January 2020 at Birmingham’s NEC.

The Ultra Zone is a new addition for the 2020 show and the thrilling line-up of speakers starts with Lazarus Lake, Camille Herron and Nicky Spinks. 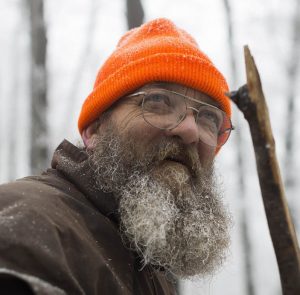 Lazarus Lake, aka Gary Cantrell, is the man behind what is known to many as the world’s toughest footrace, the Barkley Marathons. The gruelling ultramarathon route comprises 5 x 20-mile laps and 66,000 ft of unmarked ascent in and around Frozen Head Park in Tennessee. It has been completed only 18 times by 15 runners since 1989. Laz is as much of an enigma as his races, which also include the Last Annual Vol State and last-man-standing suffer-fest Big’s Backyard Ultra. A serious ultra runner himself, Laz recently finished a 3,365-mile walk across the US. He joins The National Running Show exclusively to talk about what it takes to complete one of his races.

American long-distance runner Camille Herron (below) is an ultramarathon pro and promises to be another huge attraction at The National Running Show. She holds the World Records in a number of distances including 50 miles, 100 miles, 12 hours and 24 hours. Her career highlights include winning the Comrades Marathon in 2017, coming first overall in the Desert Solstice 24-hour and 100-mile track invitational in 2018 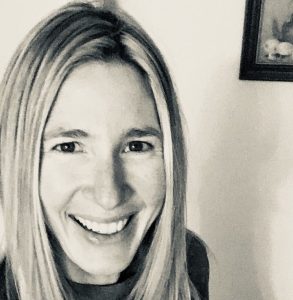 Long-distance runner Nicky Spinks (main image) needs little introduction to the UK running community, having built an incredible reputation in fell and trail ultra running. Nicky’s impressive achievements include setting the women’s records for the major fell running challenges the Ramsay Round, the Paddy Buckley Round and the Bob Graham Round. She is the holder of the overall record (male and female) for the double Bob Graham Round and in 2019 became the first person to run a historic 122-mile Double Paddy Buckley Round in the brutally tough mountains of Wales. Nicky was diagnosed with breast cancer in 2005, yet she has used her illness as a driving force for her achievements and has gone on to become one of the most celebrated runners in sports history.

For any trail or ultra runner, the Ultra Zone presented by Bad Boy Running is an absolute must and this initial line-up of speakers promises to be a real treat for those attending The National Running Show in its third year.

The National Running Show is the UK’s biggest independent running exhibition and more than 60,000 visitor ticket registrations are expected for 2020. The award-winning event will once more bring together runners, sports brands, retailers, nutrition experts, race organisers, communities and expert speakers for a weekend-long celebration of running.

Mike Seaman, Director of Raccoon Events, commented: “We are thrilled to welcome Laz Lake, Camille Herron and Nicky Spinks to The National Running Show in 2020. They are absolute legends in ultra running and it is an honour to have them at the show in our first year hosting the Ultra Zone presented by Bad Boy Running. We hope that male and female runners of all abilities will be inspired by these three speakers and we look forward to announcing further big names for the Ultra Zone shortly.”