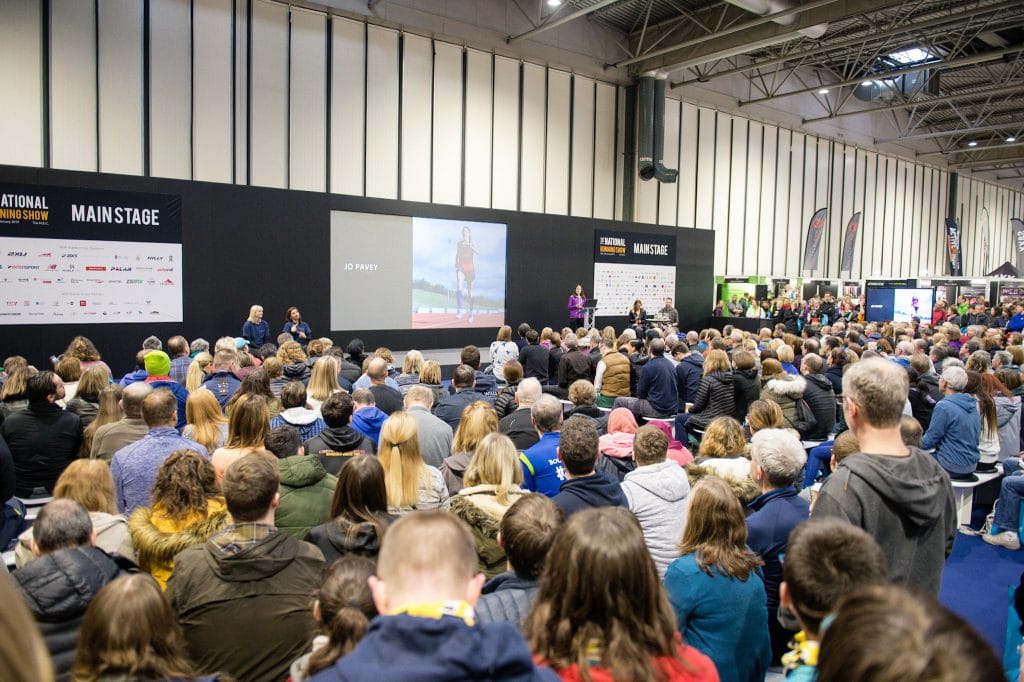 The organisers of The National Running Show Birmingham have released the agenda for the event taking place on Saturday 25th and Sunday 26th January 2020 at Birmingham’s NEC.

The agenda will come as exciting news for the many thousands of visitors expected to attend the third edition of the award-winning show. It confirms the thrilling line-up of speakers for the Inspiration Stage and the brand new Ultra Zone, which will see running heroes from track and trail share their wisdom and tips over the course of a packed weekend.

Doors to The National Running Show 2020 will open at 9am on Saturday 25th January, following a Grand Opening with Linford Christie and Sally Gunnell. The agenda commences at 9.15am and visitors to the show can look forward to an exciting two-day programme of talks, Fireside Chats and panel discussions.

The Inspiration Stage will be hosted by endurance runner Susie Chan and Olympic, World, European and Commonwealth medalist and current British 400m record holder Iwan Thomas, who are guaranteed to inject plenty of energy and insight into proceedings.

Over at the Ultra Zone there will be exciting commentary from hosts Allie Bailey, David Hellard and Jody Raynsford from Bad Boy Running. For anyone thinking of making the step to ultra running or simply wanting to be inspired by the greatest ultra running heroes of our time, this is the place to grab a chair and get comfy.

Day 1 in the Ultra Zone features ultra runners Allie Bailey, Rob Pope, Lowri Morgan, John Kelly and James Elson, plus physical activity expert Greg Whyte OBE and sports nutritionist Renee McGregor. Legendary ultra runner Lazarus Lake will be hosting a Fireside Chat in the morning plus a panel discussion in the afternoon about how to run an ultra marathon.

At the end of Sunday 26th January, the 2020 show will finish with a special announcement for all over on the Inspiration Stage.

In addition to the Inspiration Stage and Ultra Zone, visitors to the show will have more opportunity to hear from and chat to the experts at the Running Skills Theatre and Ask The Experts zone. The schedule for these areas will be announced shortly.

The National Running Show is the UK’s biggest independent running show, offering runners the unique opportunity to try out and purchase the latest products and limited editions from big, well-known brands through to smaller brands not found anywhere else. The Birmingham show expects more than 55,000 visitor ticket registrations for 2020, all of whom will be able to discover the latest kit, tech, nutrition and races from over 250 exhibitors, learn from inspiring speakers and improve their running technique thanks to the hands-on feature areas.

Mike Seaman, CEO of Raccoon Events, commented: “We are delighted to release the agenda for The National Running Show Birmingham 2020 so that runners can plan their visit and enjoy talks from their favourite running heroes. From track stars and Olympic medallists through to globe-trotting ultra runners, we are proud to offer a fantastic programme of speakers and panel sessions covering all areas of interest. We can’t wait to welcome everyone to this superb weekend of running in the new year!”

The third edition of The National Running Show Birmingham takes place on 25th-26th January 2020. Tickets cost £10 and are valid for both days. Go to nationalrunningshow.reg.buzz to secure your ticket.

The National Running Show London takes place on 13th-14th June 2020. Tickets are currently free and are available at nationalrunningshowlondon.reg.buzz.