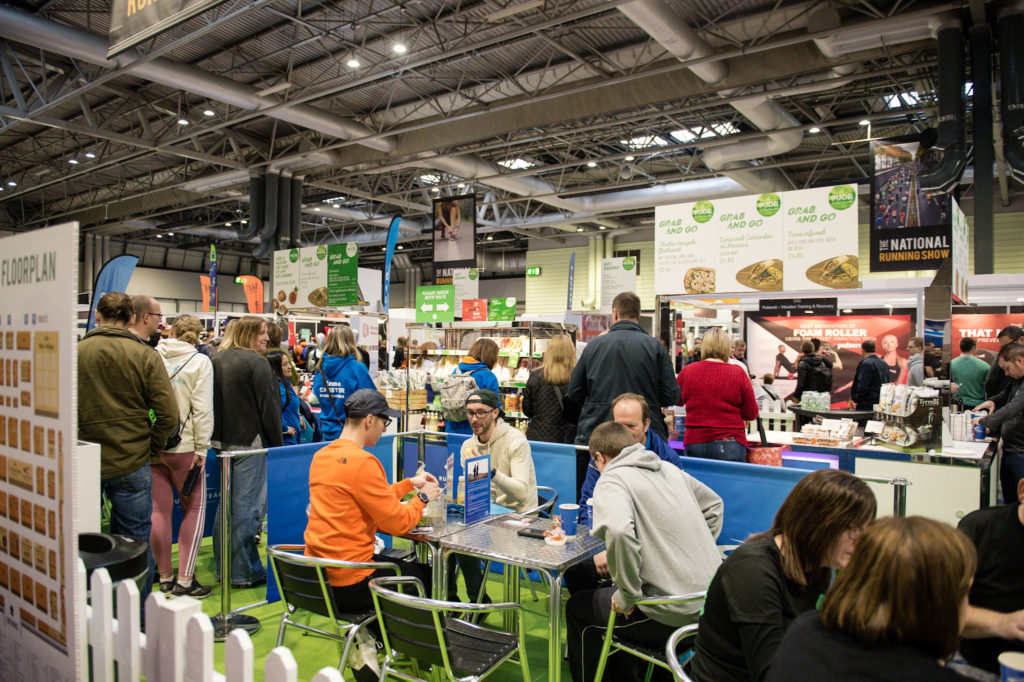 The organisers of The National Running Show Birmingham in partnership with Children with Cancer UK, taking place on Saturday 25th and Sunday 26th January at Birmingham’s NEC, have announced that The Run Café sponsored by Runderwear will be vegan.

The decision to make The Run Café vegan falls in line with the show’s Sustainability Policy, which aims to offset the environmental impact of the event at every stage of the production line. Offering visitors to the show a choice of vegan food is both a positive step for the planet and a recognition that some runners are now choosing plant-based meals for a variety of reasons.

The vegan menu at The Run Café sponsored by Runderwear draws from Greek and Lebanese cuisine, with examples including a Dixie Burger, Boxed Greek Salad, Lebanese Meze, Sandwiches and Falafel Wrap. Complementing the menu will be a full coffee range using a mix of soya, almond and coconut milks, plus vegan cakes and slices.

In addition to The Run Café – the central café at the show – there will be other non-vegan food choices available at the in-house catering outlets, so that all dietary preferences are catered for.

As sponsor of The Run Café, Runderwear will be providing visitor bags for the show and these will be 100% biodegradable.

The event has also confirmed a partnership with ReRun, a non-profit business who re-purpose running clothes. With the aim of prolonging the life of running clothes and equipment as well as raising awareness about textile waste and over consumption, ReRun will have a drop-off point at The National Running Show Birmingham where runners can drop off their old running kit to be recycled. 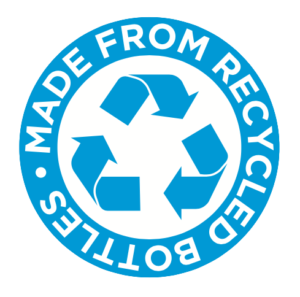 A further partnership with Scimitar, the Official Clothing Partner for The National Running Show Birmingham, will see all the technical running shirts for the team and show ambassadors made from recycled bottles. With each t-shirt made from up to seven recycled plastic bottles, the tops contain the same wicking capabilities as standard sportswear but play an important part in keeping post-consumer waste away from our ecosystems and oceans.

Other sustainability measures in place at The National Running Show include encouraging visitors and exhibitors to use the Travel Carbon Calculator to offset the carbon impact of their travel to the show, as the team at The National Running Show will be doing. The show guide will also be printed on recycled paper, exhibitors are encouraged to use reusable fabric graphics and the NEC itself has an extensive list of venue initiatives, such as being a zero to landfill venue and ensuring that waste and recycling does not travel more than 30 miles from site.

The National Running Show is a large-scale event with over 250 exhibitors under one roof, saving what could otherwise be a number of separate trips for runners seeking advice, retail opportunities and the chance to see their running heroes. 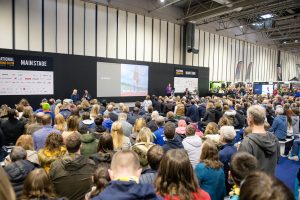 The National Running Show is the UK’s biggest independent running show, offering runners the unique opportunity to try out and purchase the latest products and limited editions from big, well-known brands through to smaller brands not found anywhere else. The show expects more than 55,000 visitor ticket registrations for 2020, all of whom will be able to discover the latest kit, tech, nutrition and races from exhibitors, learn from inspiring speakers and improve their running technique thanks to the hands-on feature areas.

Mike Seaman, CEO of Raccoon Events, commented: “We are proud to be offering a vegan menu at The Run Café sponsored by Runderwear at The National Running Show Birmingham. We are committed to reducing the environmental impact of the show and as part of this we want to raise awareness of the impact of our dietary choices. There are also a number of health benefits to adopting a vegan diet when it is well planned. Everyone is free to make their own choices and we will still be offering plenty of other non-vegan food options at the show. I hope that this news will be well received by the running community, and I welcome people’s thoughts on this issue. We are also proud to have implemented a number of other measures as part of our continued sustainability drive and to be working with partners who support these efforts, such as a kit drop for old kit to be recycled and the manufacture of t-shirts from recycled plastic bottles.”

Richard Edmonds, CEO and Co-Founder of Runderwear, added, “We are delighted to be sponsoring The Run Café at The National Running Show and hope that the delicious menu will appeal to both vegans and non-vegans. As part of our drive to limit our environmental impact, we are also proud to be supplying biodegradable visitor bags for the show, which runners can re-use in the future. We are also excited to be bringing our range of chafe-free, performance underwear and base layers to keep runners comfortable as they work towards their goals.”

Anyone wishing to comment on the decision to make The Run Café sponsored by Runderwear vegan is welcome to contact Mike directly at [email protected].

The third edition of The National Running Show Birmingham in partnership with Children with Cancer UK takes place on 25th-26th January 2020. Tickets cost £10 and are valid for both days; there is the option to make your ticket £12 by adding a £2 donation to Children with Cancer UK, to support the 12 children diagnosed with cancer in the UK every day. Go to nationalrunningshow.reg.buzz to secure your ticket.

The National Running London takes place on 13th-14th June 2020. Tickets are currently free and are available at nationalrunningshowlondon.reg.buzz.