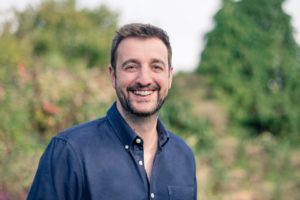 A new network of Running Mayors from all across the UK — and beyond — are announced today having been appointed by Runner’s World and the RunSome campaign.

This includes local businessman and CEO of the National Running Show, Mike Seaman. Mike, who lives in Bookham, Surrey runs Raccoon Events, a health and wellbeing events company based in the heart of Guildford, the biggest event being The National Running Show which attracts over 35,000 runners over two shows in the UK every year. An avid runner himself Mike is committed to championing running as a sustainable mode of travel, a way to stay fit and manage mental health and build community.

Tasked with advocating for running as an antidote to some of 2021’s toughest challenges — like taking practical steps to improve their community’s mental health and reduce air pollution — the new Running Mayors provide a face and a voice to champion running in the place they know and care about, the city or town where they live.

Mike commented: “I feel really strongly that being active outdoors offers so many positive effects on people’s lives and I will be actively seeking to work with local authorities to make sure that this is recognised and prioritised, and to ensure that the infrastructure is in place to allow local people to safely choose to run instead of travel by car. Guildford in particular faces some huge congestion issues, especially at peak times, so choosing to walk, run or cycle can feel like an unsafe option, as Running Mayor for Guildford I will be actively campaigning for car free days and run/cycle lanes to allow for safer outdoor activity.

“Having worked alongside thousands of runners over the years I understand the huge health benefits running can bring and look forward to being an advocate for that as a Running Mayor.”

The world’s first Running Mayors will promote running as a form of active travel, positioning it as a viable alternative to jumping in the car for short errands and local trips, as well as running for leisure and sport.

The Running Mayors Network is an initiative of the RunSome campaign. Led by Runners World, Active Things and a coalition of leading running brands and organisations, RunSome is urging government to include running in its £2bn active travel funding alongside walking and cycling. With a quarter of a million people in the UK already running everyday journeys, RunSome wants to double that number within the next 12 months, whilst delivering a timely boost to mental and physical health.

Running is an efficient mode of urban transport – it’s cheap, it’s typically twice as fast as walking, often faster than driving in congested cities, has a low carbon footprint and aids our mental and physical health. With a quarter of UK journeys a mile or less (Sustrans) and over two thirds of car trips in UK cities under 3 miles (INRIX) there is much potential. Cities worldwide are adapting streets for people to enable more journeys on foot and bikes. If the UK’s 11 million runners ran just one or two everyday journeys a week rather than drive, it would be significant, enabling us to navigate our cities more healthily and sustainably.

As individuals and as a network the Running Mayors will make the case to city leaders and mayors for why runners — too often invisible in discussions about how we live and move — need to feature in their planning and design of places and services, not least in terms of active travel.

The Running Mayors will also work with other local stakeholders to champion a range of topics that they care deeply about – for many that also includes improving safety and security for women when running, walking and cycling — be that through better lighting, upgrading routes and pavements or buddying up scheme.

Five time Olympian Jo Pavey: “I’m thrilled to be involved in the RunSome campaign and to support Running Mayors. Encouraging people to make some everyday trips in an active way is great for both health and wellbeing and the environment. During these difficult times for everyone, it is also even more important to promote the massive benefit that running can have on our mental health.”

Scott Cain, CEO of Active Things and co-founder of the RunSome campaign, comments, “To run is part of who we are. We just designed it out of our daily lives, and now – with COVID-19 and all the changes in how we live and move – it’s time to design it back in again. Just think: if the 11m people who already run in the UK swapped the car for even just one or two short trips a week, we can make a big difference.”

The Running Mayors can be found on the RunSome website and prominent campaign supporters can also be found here.