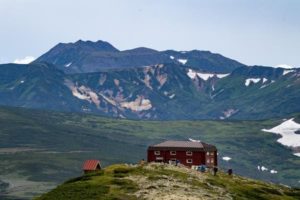 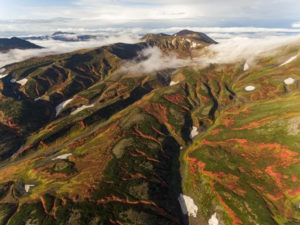 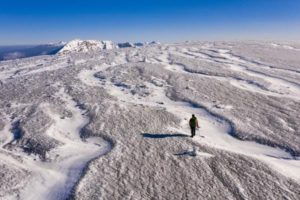 Positioning itself as a must-see for wildlife photographers and outdoors enthusiasts alike, Higashikawa is a small town located in central Hokkaido, just 15 miles from the city of Asahikawa. The town’s annual photo exchange festival plays host to teams of keen student and professional photographers from all over Japan and, more recently, from around the world, serving as a hotspot for nature lovers to capture the natural splendour and serenity of the country’s northernmost prefecture. Every August the town’s locals and the wider photo-savvy public are treated to further visual treats at the Higashikawa International Photo Festival, hosted at the town’s Bunka Gallery, just a short walk from YAMAtune’s flagship store and HQ.

Like many towns in Hokkaido, Higashikawa sits amongst numerous trails, parks and expansive green spaces, though it’s the nearby Daisetsuzan National Park that draws in locals and non-native tourists alike all year round, as Japan’s largest national park, teeming with forestland, alpine vegetation, serene lakes and wildlife of all kinds–including brown bears and deer. Covering over 2300 square kilometres, Daisetsuzan (or ‘Great Snowy Mountain’) is laden with onsens (hot springs) at its access points and contains the popular Mount Asahidake, the largest mountain on the island, belonging to one of three volcanic mountain groups in the area, producing crystal clear and mineral rich water and overlooking vast and dense woodland. It’s perhaps, then, not difficult to see why the Ainu, the indigenous people of Hokkaido, refer to this region as the ‘playground of the Gods.

It’s with this abundance of natural beauty neighbouring us that we seek to serve the needs of local runners, cyclists, outdoor enthusiasts, endurance athletes and those from further afield, aiming to equip those fortunate enough to traverse the challenging terrain and wander through the unspoilt natural beauty of the region with socks that won’t compromise their performance, irrespective of the conditions or season.

Hokkaido has seen a huge upturn in visitors in the last five years, with over 2.2 million people heading to the region in 2017, representing an increase of 1.4 million people compared to annual visitor figures from 2012. This huge surge in visitors is likely due to the region’s unique retention of dry, fluffy snow, known as ‘Japow’ (a portmanteau of ‘Japan powder’), a product of moisture from the Sea of Japan heading inland and combining with the harsh Siberian wind to create a powder that’s perfect for skiing. The island’s impressive visitor figures are surely set to increase in the coming years, with Japan hosting the Summer Olympics this year for the second time, having previously hosted the Winter Olympics twice–in 1972 and 1998 in Sapporo and Nagano, respectively.

Being situated at the centre of a remarkably unique region has afforded YAMAtune the opportunity to support a range of athletes, including skyrunning record breaker and doctor Takako Takamura, amongst numerous other runners and endurance experts from a range of sports. But it is our being able to explore and discover the seemingly endless wonders of the landscape that surrounds us for which we consider ourselves most fortunate.

This weekend the Tokyo 2020 Olympics marathon will take place in Sapporo, Hokkaido. All athletes and spaces set to make it an unforgettable event.