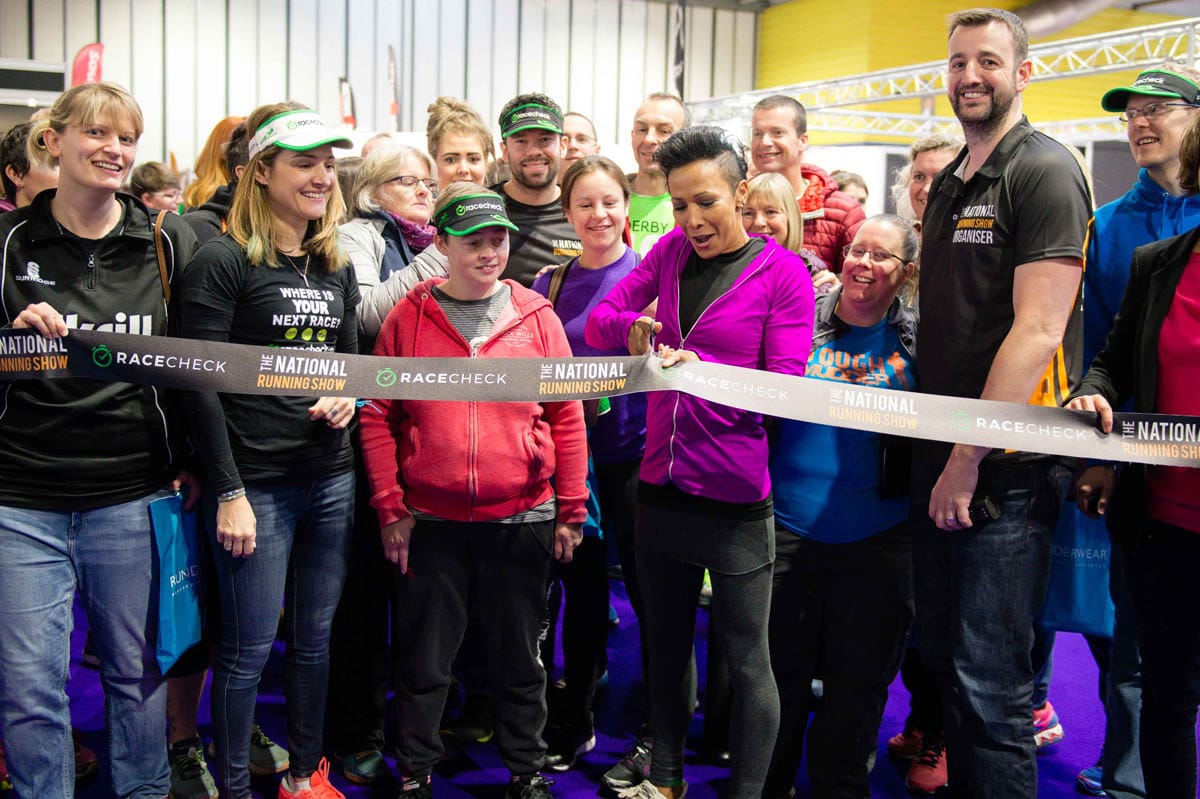 The doors opened today, 20th January 2018, to the very first National Running Show and it proved to be an incredible day of inspiration and celebration for the thousands of runners who gathered under the roof of Birmingham’s NEC.

The show has generated huge interest since it was launched last year and the opening day was an overwhelming success in bringing a first-class, non-race affiliated expo to the UK’s running community. From the moment the doors opened the hall was buzzing with running enthusiasts keen to soak up the thrilling atmosphere of this innovative new show.

The day started at 9am with the official opening of the show by running legend Dame Kelly Holmes, who then went on to head up a stellar line-up of speakers on the Main Stage. This included Olympic athletes Jenny Meadows, Jo Pavey and Wendy Sly, nutritionist Anita Bean, marathon runner Steve Edwards, endurance adventurer Luke Tyburski and ultra runner Susie Chan.

The day’s talks included a panel session for The Towpath Challenge 2018, which just two days ago saw a team of high profile endurance athletes complete a 135-mile run over 5 days from the Olympic Park in London to the show venue here at the NEC. An incredible precursor to show weekend, the team were clearly still on a high as they recounted their experience to a fascinated audience at the end of the day. The Towpath panel included Russell Smith, Jamie Ramsay, ‘Barefoot’ Aleks Kashefi, Ben Smith, Elise Downing, Luke Tyburski and Twice the Health. Check out tomorrow’s programme of speaker and panel sessions at the event website.

While all the talks were going on there was no escaping the excitement around the Run Mummy Run book launch mid-afternoon. Founder Leanne Davies was celebrating the launch with a signing of Run Mummy Run: Inspiring Women to be Fit, Healthy and Happy and was welcomed by a huge gathering of the Run Mummy Run community (now almost 55,000-strong on Facebook, and certain to rise after this weekend) who had come to support and meet like-minded women. The Run Mummy Run stand was also non-stop, with three exclusive show items on sale and bucket-loads of inspiration and chat for female runners of all abilities.

Another exciting launch on Day 1 was The Running Festival at Goodwood from UK Run Events, set to become one of the most iconic events in the sporting calendar. With a 10K and a Half Marathon on offer, as well as an event for young runners soon to be announced, this will be the first ever running festival at the historic Goodwood Motor Circuit in the heart of West Sussex and a magnificent celebration of running for runners of all ages and abilities.

For running bloggers, the day brought the highly anticipated announcement of the Bloggers’ Shortlist for The Running Awards 2018. Split for the first time into Personal and Professional blog categories, the winning bloggers will be revealed at the prestigious awards ceremony at indigo at the O2 in London on Thursday 19th April.

It’s fair to say that the National Running Show has attracted brands from around the world, and one of the big moments of the day was the launch of a wireless smart insole from sports technology company Sportscientia. The team had flown in especially from Singapore to launch their product to the UK market this weekend, and the show proved to be the perfect platform to introduce this ground-breaking piece of equipment for runners. Selected by the HYPE Foundation as one of the top 50 global sports innovations of 2017, the insole uses advanced force sensors to measure athlete load, weight distribution, gait and movement and then, through a mobile app, deliver tailored, real-time data for runners, physios and coaches. It demonstrates a real break-through in performance management and injury prevention and recovery, and the year ahead promises to be huge. 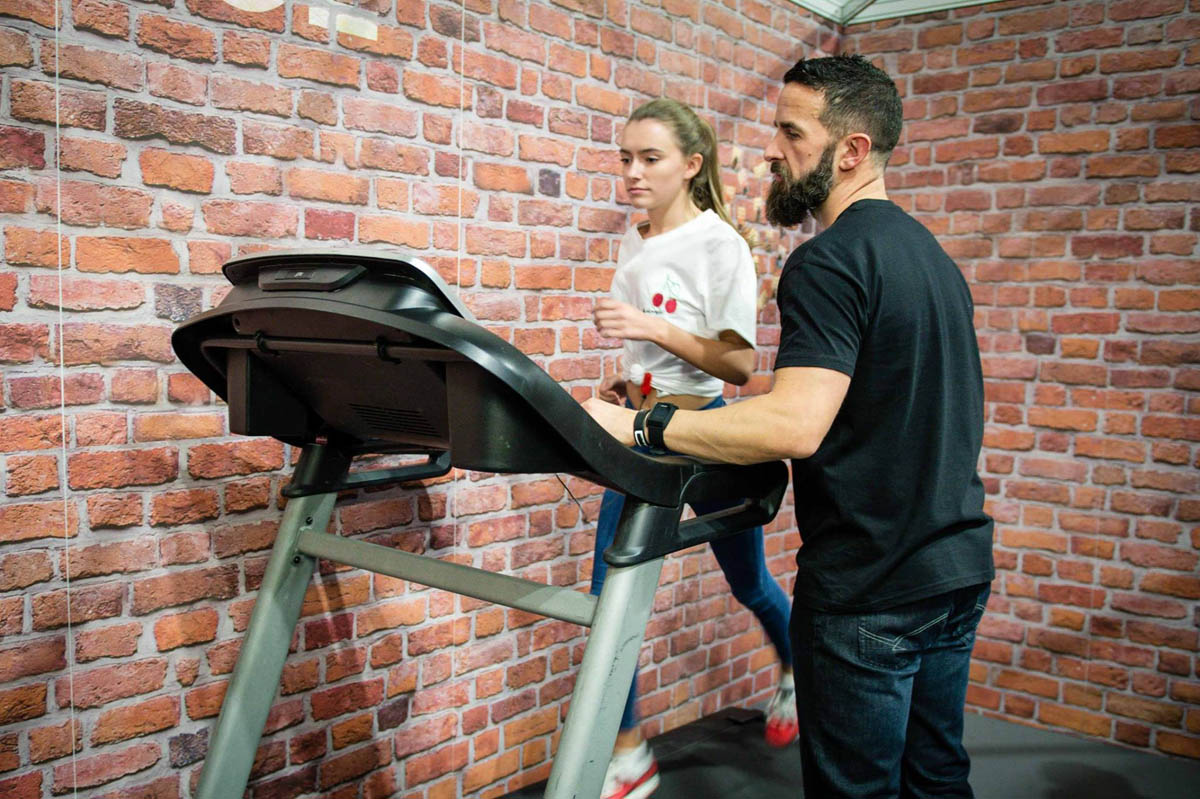 Indeed, the timing of the show is ideal with the year stretching out ahead and runners using the opportunity to adopt their apparel, tech, brand, race and nutrition choices pre-race season.

All sponsors reported superb crowd participation in each of their specialist areas, from 3D Gait Analysis hosted by Run3D to The Run Clinic by Go Run Right, The Treadmill Challenge by Saucony, The Treatment Room by Sports Injury Fix, the Nutrition Advice Zone by The Sports Dietitian at Diet 360 and The Run Café sponsored by Get Event Fit.

As Day 1 came to a close it was clear that The National Running Show had treated the UK’s running community to a first-class line-up of race organisers, sports retailers, sports brands, nutrition experts, official sporting bodies, communities and expert speakers. It was a phenomenal first day with plenty more to look forward to on Day 2.

Mike Seaman, Director of Raccoon Events, commented: “We are absolutely thrilled with the turnout for the first day of The National Running Show. It has been all that we had hoped for and more. Thousands of runners filled the hall to chat to exhibitors, try out products, make purchases and listen to the speakers, and feedback from the day has been hugely positive. We have another fantastic day in store for tomorrow and tickets are still available to purchase online or at the door.”

Anyone wishing to register interest in becoming an exhibitor or partner of The National Running Show 2019 should contact Mike Seaman directly by email, at [email protected].

The National Running Show takes place at Birmingham’s NEC on Saturday 20th and Sunday 21st January, 2018. Tickets are on sale and cost £10 per person for the weekend.