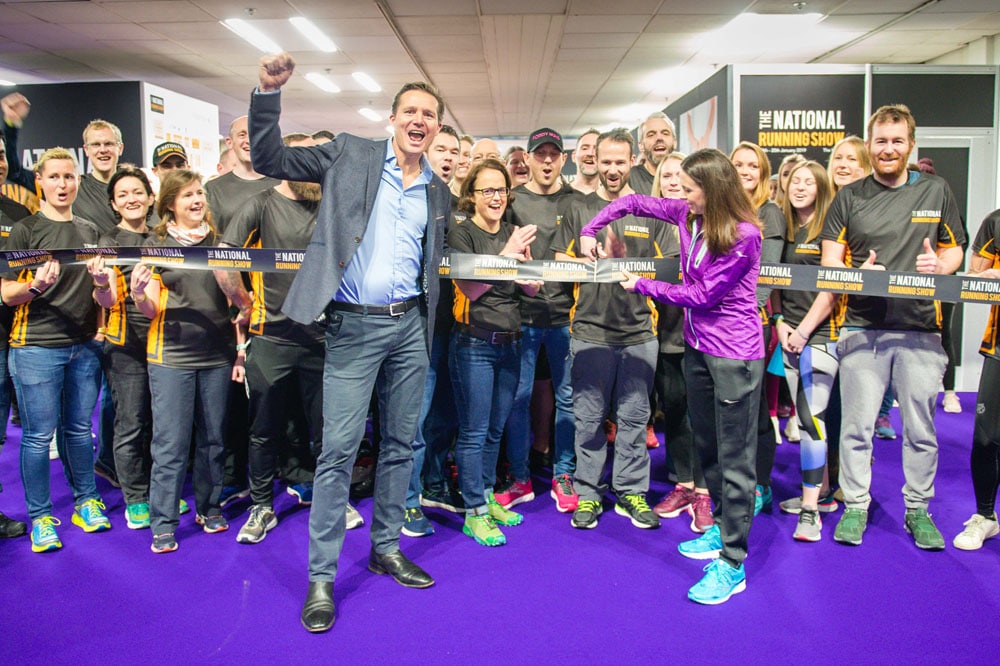 The start of a new year is an exciting time for runners, and Saturday 19th January saw thousands gathered at Birmingham’s NEC for the highly anticipated second staging of The National Running Show.

With all the kit, tech, nutrition, advice, inspiration and races that runners need to plan their running season, The National Running Show is the perfect event for runners of all abilities wanting to immerse themselves in a full weekend of running-related fun.

Day 1 began with running legends Roger Black MBE and Jo Pavey MBE opening the show at 9am, before each of them took to the Main Stage in front of huge crowds to talk about their individual journeys to success. Susie Chan and Ben Smith hosted what proved to be a thrilling speaker programme that included Welsh sprinter Iwan Thomas, sports nutritionist Alex Cook, former British soldier Jordan Wylie, British marathon runner Mara Yamauchi, adventurer Brendan Russell, trail runner Claire Maxted, BBC2 Radio host Vassos Alexander, charity fundraiser Nick Butter and marathon pro Steve Edwards. It was a superb opening to a weekend of talks and the auditorium was packed with runners of all ages keen to hear anecdotes and tips from their running heroes.

Away from the Main Stage there was no shortage of things to do, with over 170 brands under one roof and a string of special offers, new launches and limited releases for visitors to get their hands on.

Official Sports Retailers Intersport and Up & Running have their own dedicated zones where a host of big brands reveal the very best new products on the running market. ASICS launched its new GEL-NIMBUS™ 21 shoe live on stage in the Running Skills Theatre and New Balance launched three new Fresh Foam products in its footwear range. 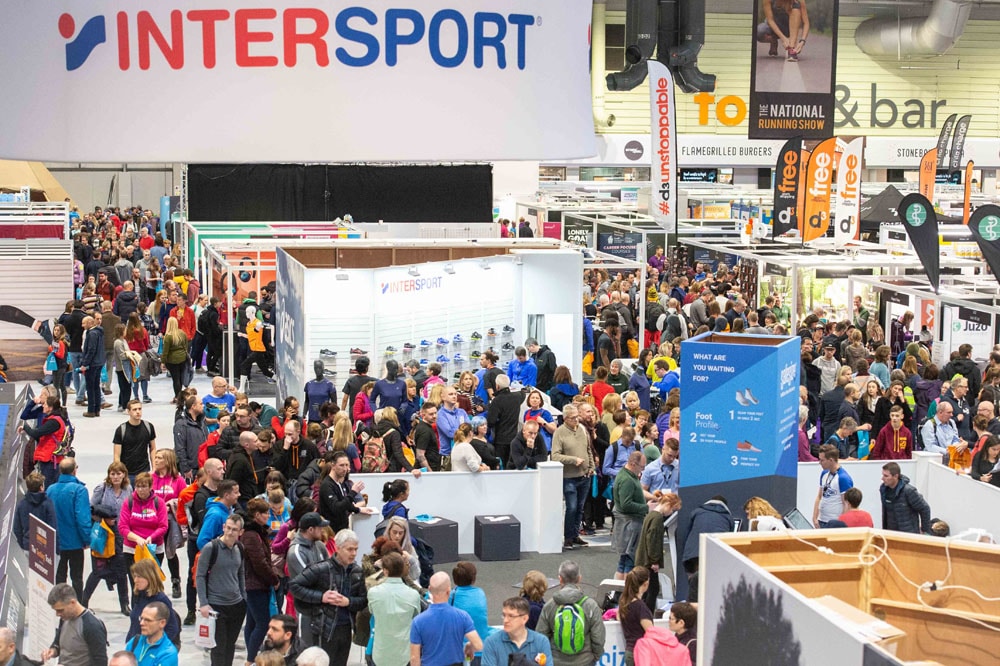 The Running Skills Theatre sponsored by Intersport proved to be a great new addition for 2019, with its own programme of ASICS skills sessions, strength and conditioning training tips from DW Fitness First and a range of talks from the likes of Sam Mollaghan from This Girl Can.

Other product launches of note include Polar who are releasing their new Polar Vantage V multisport watch here this weekend, Saucony who are selling their limited edition Kinvara 10 shoe and Swiss shoe brand On who are featuring their latest Cloudsurfer shoe. Today also saw fitness and lifestyle brand Runr launch their Unstoppable technical run hat and Go Backpack, while 2pure launched Run Gum and secured pre-orders for the London Marathon Edition of goodr sunglasses. There is clearly an exciting mix of products both for loyal brand devotees and runners looking for something new to take their running to the next level.

Besides the excellent shopping opportunities and thrilling speaker programme, The National Running Show boasts an impressive range of interactive feature areas where visitors can speak to the experts, get advice and try out products first-hand. From 3D Gait Analysis to The Run Clinic, The Treatment Room to The Nutrition Advice Zone, and The Sweat Test Zone to Ask the Experts, there is ample opportunity for runners to find out more about specialist areas of interest and make informed choices for the year ahead. The hall was abuzz today with workshops, classes and chat, and for many this is what the show is really about – the chance to mix with like-minded people, be informed and inspired on a whole range of topics, and simply indulge in the sport they love. 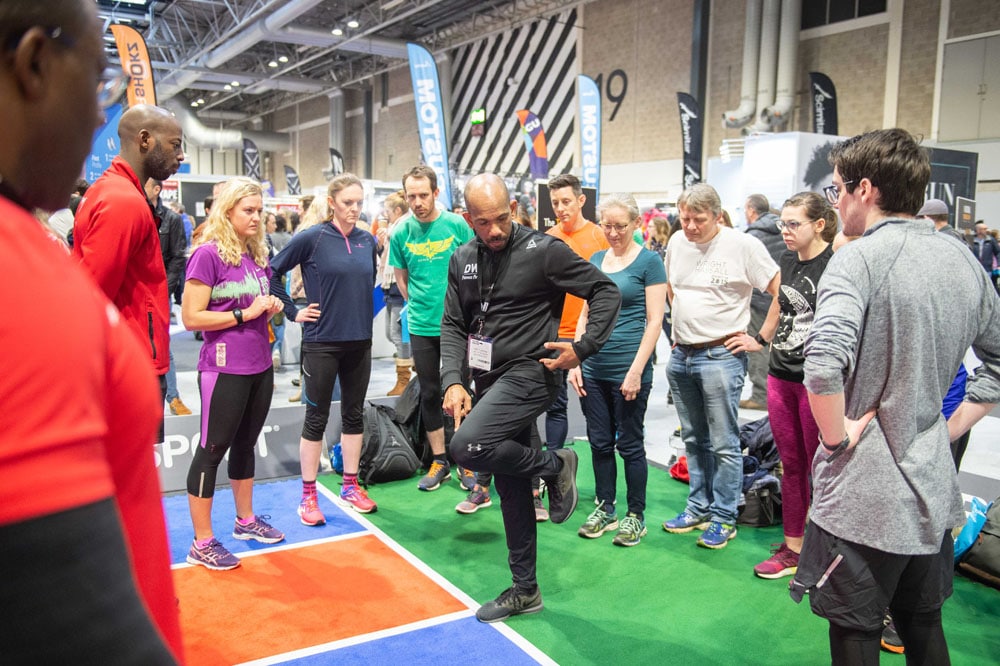 Mention has to be made of Run Mummy Run who, after an overwhelming reception last year, welcomed hundreds of female runners to their stand. As well as selling lots of new kit and accessories, the online community for women hosted a number of mini regional meet-ups. It was a special day for ladies from across the country who had made the journey to Birmingham to enjoy the fantastic support and atmosphere for which Run Mummy Run is known.

There was also a level of excitement at the Run Around Europe stand as those who had managed a virtual #RunToTheShow turned up to claim their participation gifts.

Mike Seaman, Director of Raccoon Events, commented: “We are absolutely thrilled with the turnout and success of Day 1 at The National Running Show. We welcomed thousands of runners to the show and it was fantastic to see so many taking part in the workshops, attending the presentations and product launches, chatting to the experts and generally soaking up the atmosphere. We can’t wait to welcome everyone for another great day tomorrow.”